It is commendable that you have written your open letter highlighting, quite rightly, in my view, some of the concerns faced by poorer and powerless sections of our community of all colour, creed and political persuasion, who live in tower blocks up and down the country, whose voices of concern with regards to health and safety have not been heard by landlords for a long time.

My name is Indro Sen.  I taught in a college, the College of North West London in Brent for the last 11 years, and have been informed that one of our staff member who used to live in Grenfell Tower was released from hospital following the fire at her residence. She is currently staying in a hotel and awaits being rehoused permanently at a place of her choice. I hope those in power will carry out the promises given to her and other inhabitants of Grenfell Tower as well as those living in similar accommodation elsewhere.

The reason for writing to you is because of what I have recently learnt about your plans to deliver affordable housing to Londoners in line with your election promise, which, in my view does not sit comfortably with the following passage in your open letter to the Prime Minister.  I quote the relevant section below.

You say under the sub heading:

“Residents I spoke to are worried about the risk of this tragic incident happening elsewhere – particularly in tower blocks that have had similar cladding installed as part of renovations.

People are terrified that the same thing could happen to them. I raised this with Ministers on Wednesday and Thursday, and they agreed to lead coordinated efforts to ensure that all other tower blocks across the country are indeed safe.

This issue is not limited to the type of cladding fitted; the material it is attached to and how this has been achieved are also critical factors.”

What I have recently learnt is that you have set up a team of builders/constructors known as LDP (London Development Panel) LINK, which includes amongst its member Rydon Construction Limited, one of the contractors that have featured in newspaper reports as responsible for providing cladding around Grenfell Tower.

I believe it is a matter of public interest that your office discloses the process/due diligence carried out by your office in selecting this panel of constructors so that Londoners who might benefit from affordable housing will know that these constructors have been selected properly having carried out checks.

I note that you have urged the Prime Minister that the public enquiry produces an interim report. May I invite you to submit your selection procedure for this panel together with the names of 25 LDP members (or any additional members since their selection) to the panel of enquiry and further invite you to declare a moratorium on any building works or plans carried out by any of the LDP panel members until the interim public enquiry report makes clear findings of fact so that the public are assured that none of your panel members are in any way responsible for or contributed to the Grenfell tragedy.

In addition you should investigate whether any of these LDP members have cut corners with regards to other high-rise buildings, or buildings used by Londoners as you have quite correctly, asked the Prime Minister to investigate the contractors and/or builders responsible for high rise buildings including Grenfell Tower on behalf of the residents.

Please do not hesitate to contact me should you need any clarification with the subject matter of this letter. 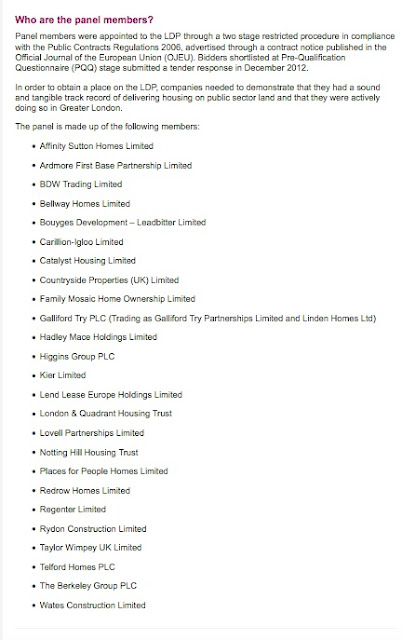 From Nan Tewari (via Facebook): CULPABILITY IN THE GRENFELL FIRE TRAGEDY If the Parliamentary Inquiry Report, 2000 into the Garnock Court fire recommendations been implemented, the Grenfell tragedy would never have happened. Everything the authorities are now falling over themselves to be seen to be doing, was ordered in 2000 when the report was published. What now would be the point of a public inquiry?
Witnesses to the 2000 Committee of Inquiry
including the Fire Brigades Union,[30]
the Loss Prevention Council (technical advisers to the insurance industry),[31]
manufacturers of external cladding systems,[32]
and independent fire safety consultants[33]
suggested that the guidance given in Approved Document B may not be adequate for the purposes of ensuring the safety of external cladding systems in a fire. We were also told in oral evidence by Peter Field of the Buildings Research Establishment, which has done a great deal of work on these issues, that the existing guidance "is far from being totally adequate".[34]
10. Witnesses' chief concerns lay with the risk of unexpectedly rapid fire spread involving these systems, which, it was suggested, may have a number of adverse consequences of which the existing guidance does not necessarily take full account. These are:
shorter period available for escape from the building, thus potentially endangering life;[35]
disproportionate difficulties in firefighting;[36]
disproportionate damage to the building.[37]
The 2000 Committee of Inquiry had the following terms of reference:
- whether a risk is posed by such cladding;
- the extent of the use of external cladding systems;
- the adequacy of the regulations pertaining to their use;
- what action may be necessary to counter any risks posed in existing buildings and to avoid any risks in new buildings or alterations to existing buildings;
- other matters which may arise in the course of questioning.
The 2000 Committee of Inquiry concluded:
Whether a risk is posed by such cladding
18. The evidence we have received during this inquiry does not suggest that the majority of the external cladding systems currently in use in the UK poses a serious threat to life or property in the event of fire. There have been few recorded incidents of serious fire spread involving external cladding, and, although in our view any loss of life in incidents such as these should be prevented if at all possible, neither have there been many deaths (indeed, it is uncertain whether any of the deaths in the fires of which we have been informed can be directly attributed to excessive fire spread via the external cladding).[49] Furthermore, the responsible attitude taken by the major cladding manufacturers towards minimising the risks of excessive fire spread has been impressed upon us throughout this inquiry.[50]