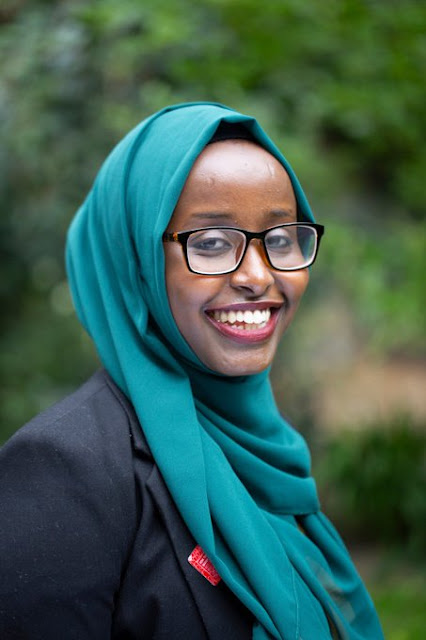 Cllr Faduma Hassan has received an answer to her backbencher's question to Cllr Eleanor Southwood lead member for Housing and Welfare Reform tabled for next week' Council Meeting. The question and answer are below.

Cllr Southwood  expresses sympathy for the plight of leaseholders trapped in properties that they cannot sell for want of an EWS1 certificate and states that she supports the 10 Steps put forward by the 'End Our Cladding Scandal'  campaing. She reveals that there are potential problems with the external fabric of  four First Wave Housing blocks.  A fire watch has been put in place in those blocks.

First Wave Housing (FWH) is a company which is wholly owned by Brent Council. FWH is a registered provider for social housing, managing 331 properties. FWH was set up to manage properties previously owned by Brent Housing Partnership (BHP).

Since the loss of 72 lives in Grenfell Tower, 176 private blocks with dangerous ACM cladding have been discovered, but only 10 have seen the necessary safety work completed. Through no fault of their own many leaseholders are facing bills of up to £70,000 to pay for the necessary remediation work – and years of disruption.

The scale of this crisis demands a national response, but more than three years on since the fire at Grenfell Tower, thousands of Londoners, including residents in Brent; continue to live in unsafe accommodation.

Will the Cabinet Member for Housing Welfare and Reform lend their support to the ‘End Our Cladding Scandal’ 10-step plan below and highlight the work undertaken by Brent Council to enhance fire safety protections within council homes?

10 steps to End Our Cladding Scandal;

1.    The government must lead an urgent national effort to remove all dangerous cladding from buildings by June 2022.

2.    The Building Safety Fund must cover all buildings, regardless of height, and a range of internal and external fire safety defects, not just cladding.

3.    The government should provide the money up front and then seek to recover it from any responsible parties or via a temporary levy on development.

4.    Social housing providers must have full and equal access to the fund.

5.    The government must compel building owners or managers to be honest with residents about fire safety defects.

6.    The government should cover the cost of interim safety measures.

7.    The government should act as an insurer of last resort and underwrite insurance where premiums have soared.

8.    A fairer, faster process is needed to replace the EWS form and funding is necessary to ensure all buildings requiring a form are surveyed within 12 months.

9.    Mental health support must be offered to affected residents.

10. Protecting residents from historic and future costs must be a key commitment of new building safety legislation.

Leaseholders across Brent are being put in an unacceptable position: being expected to foot the bill for hugely expensive fire-related safety works and/or not being clear on how safe their building is and if/when something will be done about it.

In the meantime, many people are unable to sell or remortgage their homes. Earlier this year, the Government extended the use of External Wall Survey Review (EWS1) to buildings of any height, rather than only high-rise blocks. The forms are required by most mortgage lenders. To make matters worse, there is a shortage of fire engineers to do the surveys and complete the forms, leading to delays and increased uncertainty for leaseholders.

The stress and anxiety that Government failure to take proper action on this cannot be underestimated. I support the 10 steps identified in the ‘End Our Cladding Scandal’ campaign.

As a landlord, the council takes its responsibility to be open with residents about safety issues seriously and we are continuing to implement works and improvement as quickly and effectively as possible.

We have carried out external wall insulation surveys of 40 Council high-rise blocks that are over 18m high. Issues needing remediation have either been programmed for works or are being investigated further. We have identified potential problems with the external fabric of four First Wave Housing blocks and will carry out intrusive investigations. However our initial findings indicate that remedial action may be necessary and a waking-watch arrangement has been put in place.

With regards to low-rise properties, we are nearing completion of comprehensively upgrading the fire safety of the communal areas of 1100 blocks including the provision of fire doors to resident flat front entrances. The programme will be complete by March 2021.

As a Brent resident affected by the cladding crisis and co-founding member of the #EndOurCladdingScandal campaign, I am pleased that Cabinet member Eleanor Southwood has expressed her support for the EOCS campaign’s aims. The main challenge in the borough of Brent is to hold  the developers and private owners of affected buildings responsible.  They continue to drag their feet on cladding remediation of high-risk buildings and the surveying of buildings of yet unknown risk. Whilst no doubt the resolution of the many problems lies with the Government, we hope that leaseholders in privately owned buildings can count on Brent Council’s support to apply pressure on private building owners and housing associations to establish full transparency with leaseholders and tenants about building safety issues.

We want Brent to set clear expectations that developers, private owners and housing associations will rectify building defects caused by failure in building regulations and skimming by developers, without passing the costs on to leaseholders. We look forward to constructive talks with Brent’s Cabinet members on how Brent Council can support residents affected by the cladding scandal.