Thank you for joining me again for the final part of this Kilburn local history series. 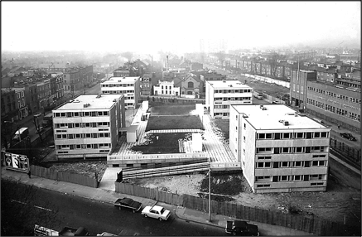 In Part 6 we saw the major rebuilding that took place, particularly in South Kilburn, between the late 1940s and the 1970s. Many of the workers on the building sites were Irish. The new wave of Irish immigration to Northwest London, which reached its peak in the 1950s, was quickly transforming the area. As well as abundant work, Kilburn offered plenty of cheap accommodation, and a bustling High Road with cultural and eating establishments, many of them catering for the Irish population, who soon represented a majority in the area. ‘County Kilburn’ was dubbed Ireland’s 33rd county