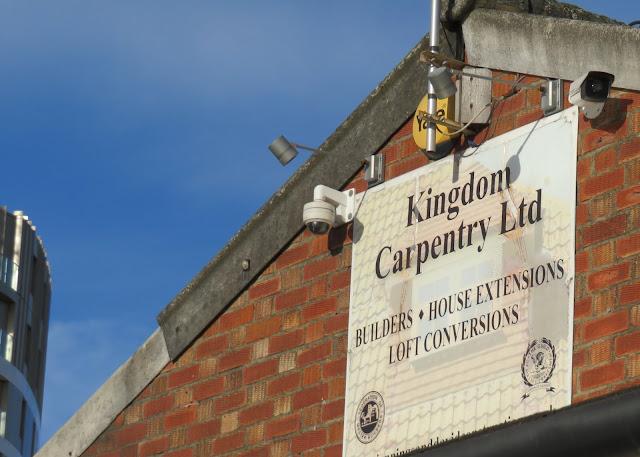 A decade or so ago when plans for Wembley Park regeneration  were at the beginning stage, Brent Green Party suggested that a section of the land should be set aside for a 'green enterprise zone' with subsidised start up business rates.  Such a zone would concentrate on developing the products needed to cope with climate change and would work closely with the College of North West London and other further and higher education institutions to provide training and apprenticeships.  We warned that employment in retail, apart from being low paid, relied on rampant consumerism.  As the area developed hospitality, with similar drawbacks, has also been developed in the restaurants and pubs in the area.  Both of course are also threatend by Covid19 restrictions, although of course we couldn't forsee that. The building boom in the area was promised to provide jobs for 10-20 years although they may not all go to local people.

The area around the stadium had a lot of light industry which provided local employment but that is gradually disappearing as regeneration reaches out its tentacles along the roads around the stadium.  Two storey sites and warehouses are gobbled up to build high-rise rented flats and student accommodation - and who can blame the owners for selling up?

People used to complaint that the stadium was in the middle of an industrial estate - now they complain it is in the middle of a housing estate. Good town planning could surely have provided something better in the way of both housing and jobs for lcoal people.

In the photographs below you can see the survivors nestled at the foot of the blocks - you have to look very hard in some cases.

I thought it worth recording the transition for the record. 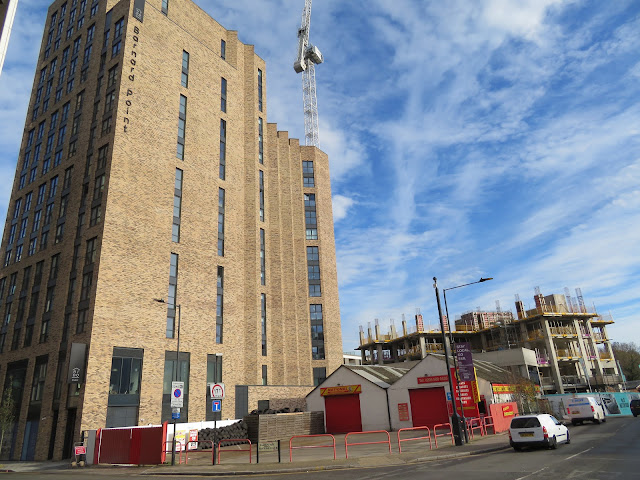 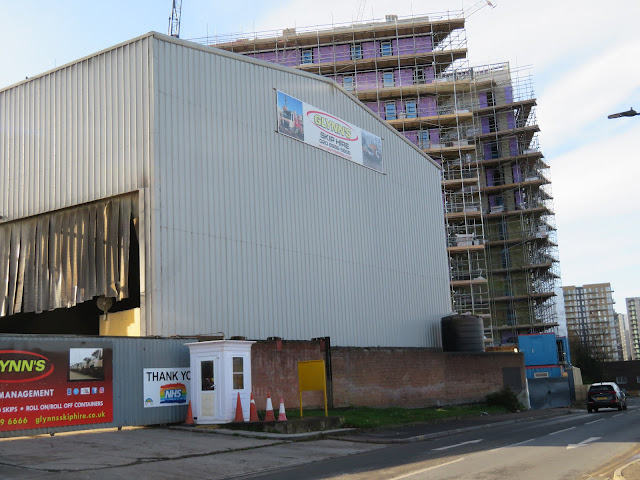 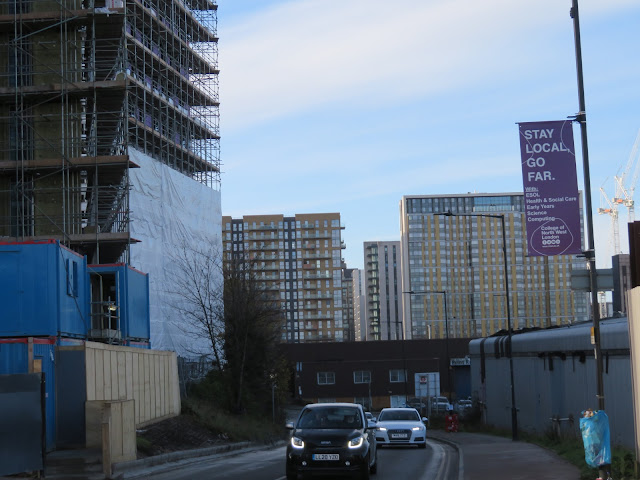 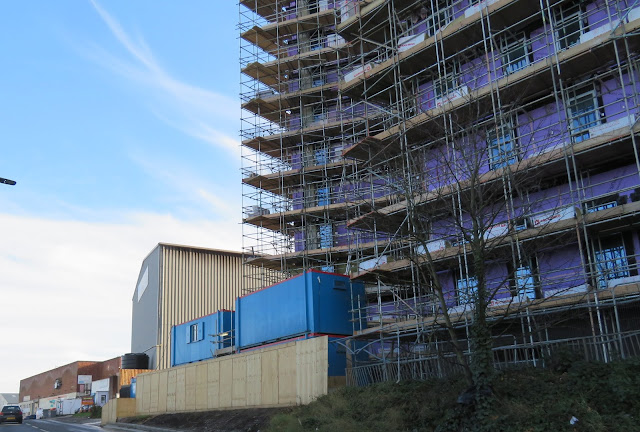 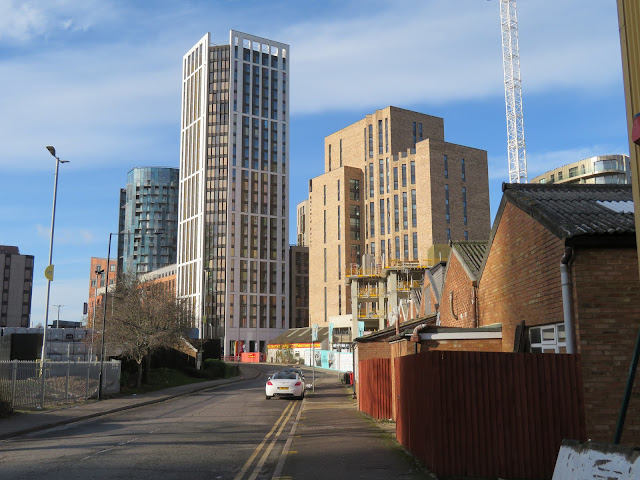 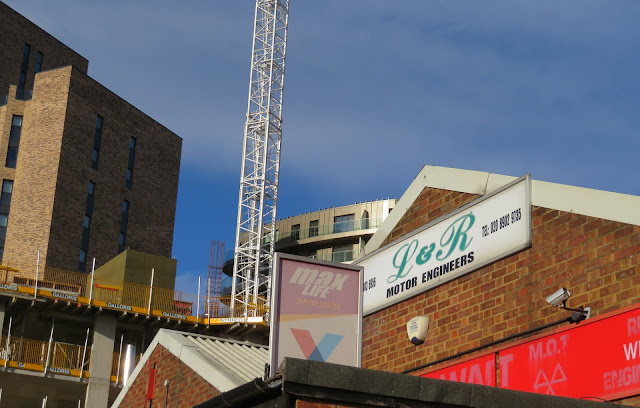 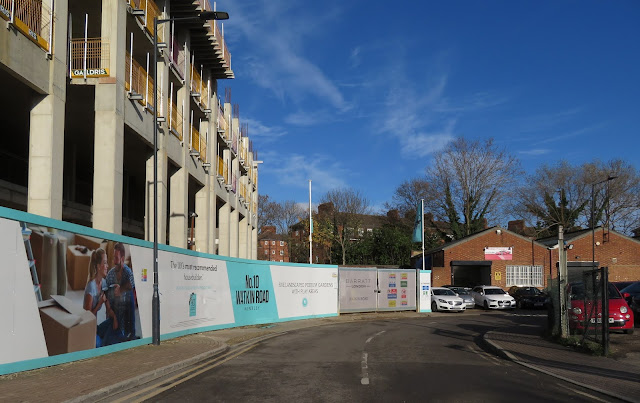