Where has all Brent's CIL and S106 money gone?

In an aside at last week's Planning Committee when speaking against the proposed Wembley Park Station 'Five Tower', Cllr Kansagra, said that Brent Council had lots of unspent Community Infrastructure Levy and Section 106 money in its coffers and gave the figure of £126,000,000.

We will be able to check on that claim by looking at the first Brent Annual Infrastructure Funding Statement  for the year 2019-2020 that will go to Cabinet on Monday December 7th.  Given the controversy about the use of the funding that there is in the borough,  it would  help allay concern if the Statement was called in for Scrutiny.

You will find some extracts below which help give an overall view and further full details and explanations can be found in the very extensive report. 75% of CIL is labelled Strategic CIL (SCIL) and used for infrastructure projects, 5% for managing CIL and the rest for Neighbourhood CIL (NCIL) - used for local community led projects after a bidding and selection process. 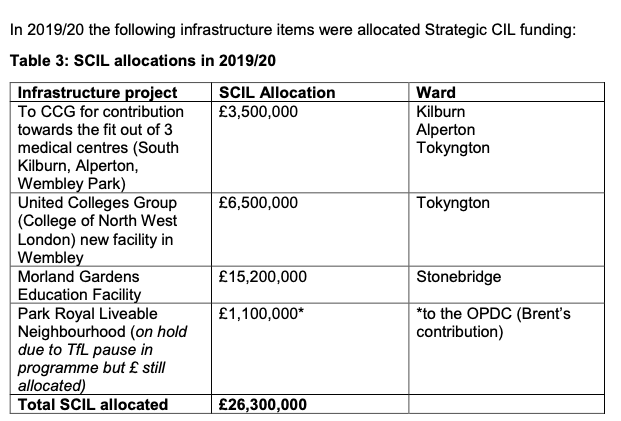 Note the difference between 'allocated' and 'spent'. 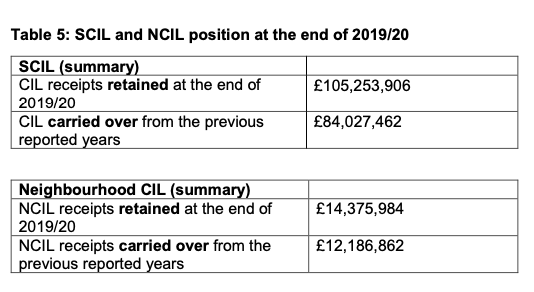 So about half of the NCIL collected in 2019-20  £2m) was spent on neighbourhood projects  but the amount retained, including from previous years, was £14m. 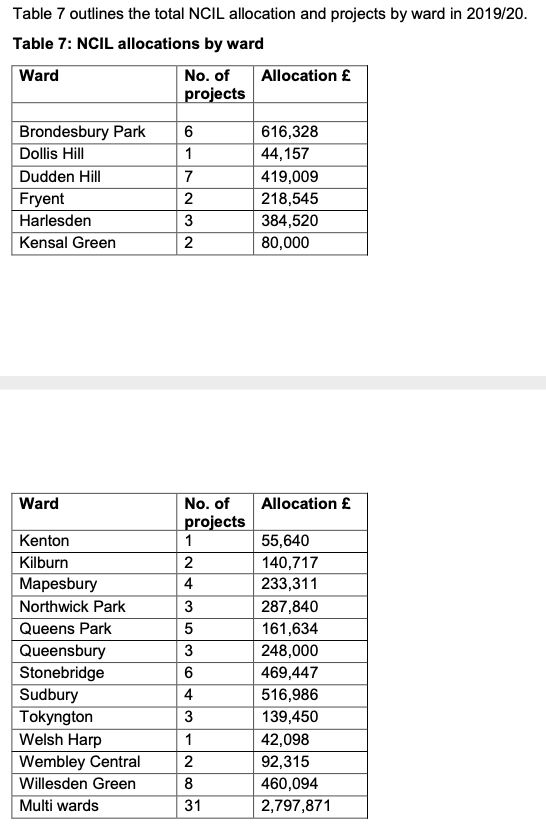 Barnhill and Preston wards are missing but may be covered by multi-wards. A lot depends on how organised councillors and community groups in their wards are in terms of putting in bids. Again this is 'allocated' not spent. Often there is underspend and in 2019-20 it would have beenimpacted by Covid restrictions at the end of year.

The individual projects allocated funds and the amount spent can be found in the full report (Table 6) it covers 7 pages.

£4.7m of Section 106  appears to have been carried forward and not allocated to any project.  Added to the £119m on SCIL and NCIL it amounts to £124m - not far off Cllr Kansangra's figure. 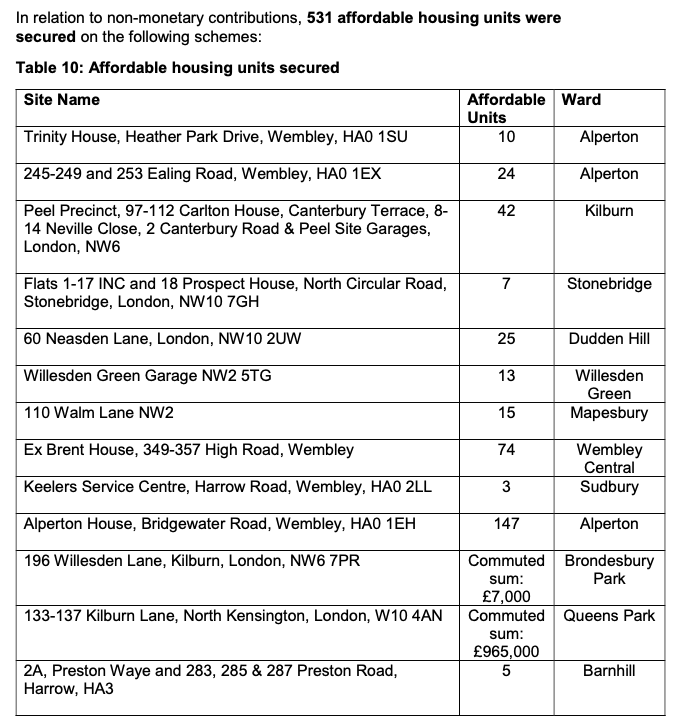 Affordable units in developments were secured as part of the Section 106 deal. A good use of S106. 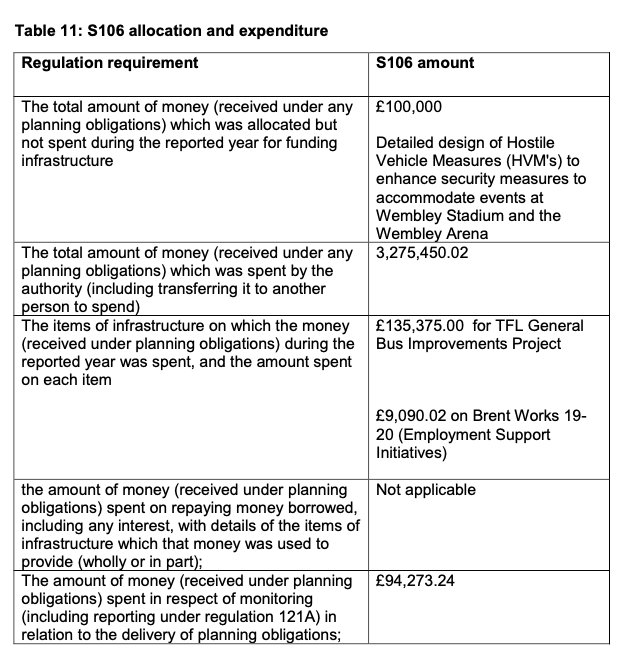 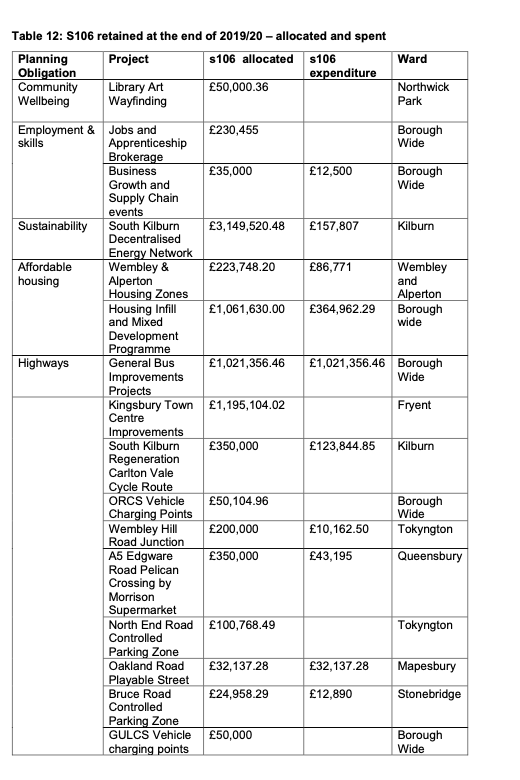 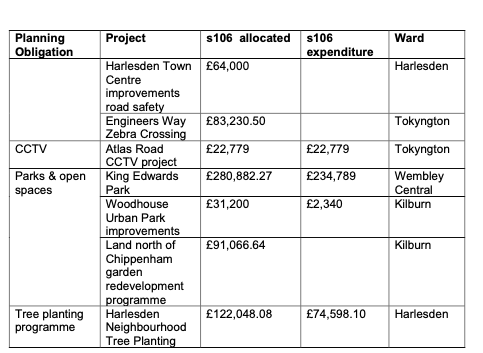 Full report here include indications of future expenditure on infrastructure that would use up some of the retained funds. Click bottom right corner for full page version.

Perhaps we can complete the NCR link road to Wembley stadium

Given the bankruptcy of Croydon council,
I don't hold much hope for clarification about the missing £63m in Brent.