Independent SAGE: The unequal impact of Covid-19 on women. Is 'herd immunity' the policy for school children?

The June 25th edition of the Independent SAGE  breifing was particulalrly valuable and interesting so I am sharing with Wembley Matters readers.  In addition it covers other forms of inequality and refreshingly also looks at the political background, including the impact of increasing centralisation of the NHS and its lack of internal democracy. One telling points waas that if 1% of DDP was invested in the social care sector it would produce more jobs than if the same amount was invested in construction. 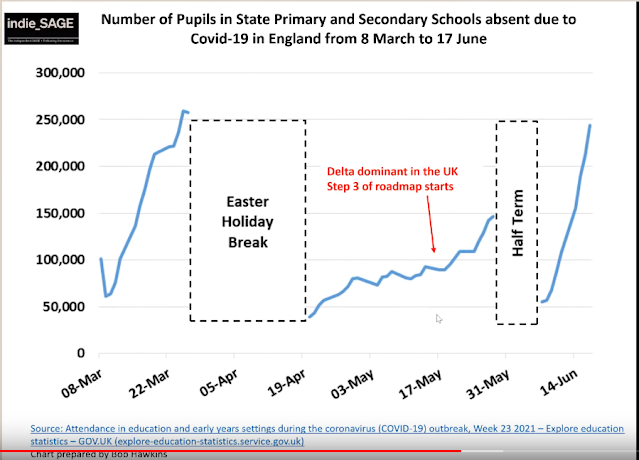 Well into the session there is a discussion about the rising number of Covid-19 Delta variant in schools and in answer to a question about whether this was a policy of developing 'herd immunity' through children a scientist replies that they don't know if it is intentional, but  if that is what she wanted to do, that is how she would do it.

Another contributor mentions that there are 250,000 children missing school at present because of Covid and of those 8% are absent due to school closures.

Disbelief in expressed that more is not being done to ensure proper ventilation in schools and a contributor mentions that in New York, a website gives parents the ventilation status of every classroom in every school which is vital given that this is an aerosol spread virus.

There is concern that the government has said secondary children do not have to wear face coverings in schools any more ,whilst advice is still that adults should wear them inside and outside.

On Tuesday because of the 5pm Euro2020 match kick-off thousands of fans will be arriving at Wembley Park by public transport just when pupils from Michaela, Ark,  Preston Manor and  Lycee Winston Churchill will be crowding on to the tube and buses to go home.

'This is not OK', as Independent SAGE might say. 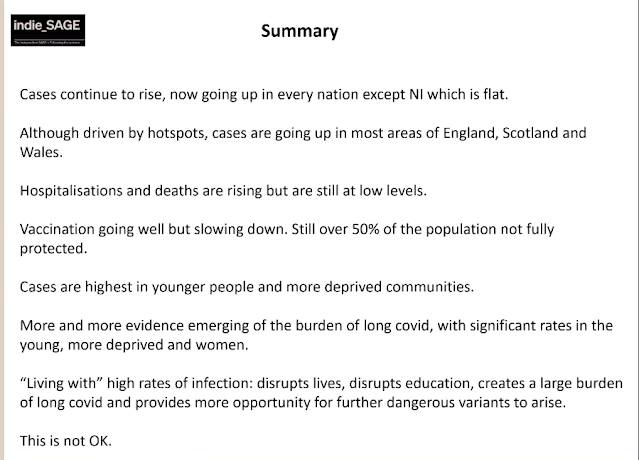