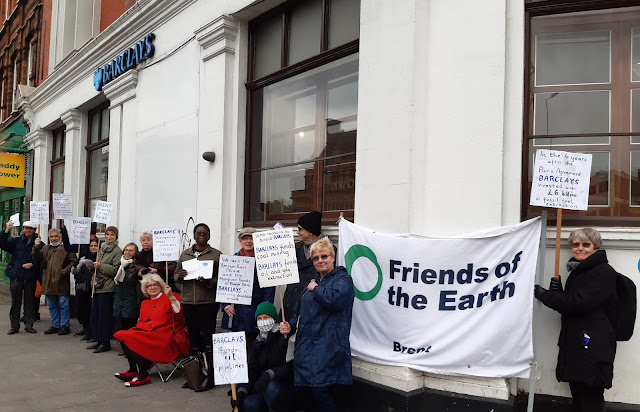 Considering it was a cold weekday lunchtime, a large group of climate activists turned up to  a demonstration outside the Cricklewood Broadway branch of Barclays to urge the bank to stop funding fossil fuels - investments that escalate climate change.  Customers were urged to change their bank accounts to m ore ethical banks if Barclays continued to collude in the destruction of the planet. 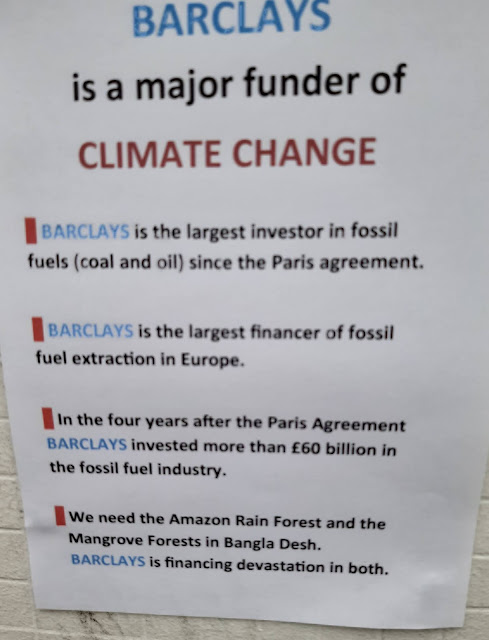 The demonstration organised by Brent Friends of the Earth was supported by Brent Trades Council, Divest Brent from Fossil Fuels, a cross-party and non-party group of climate activists, and Cllrs Lia Colacicco, Janice Long and Orleen Hylton. 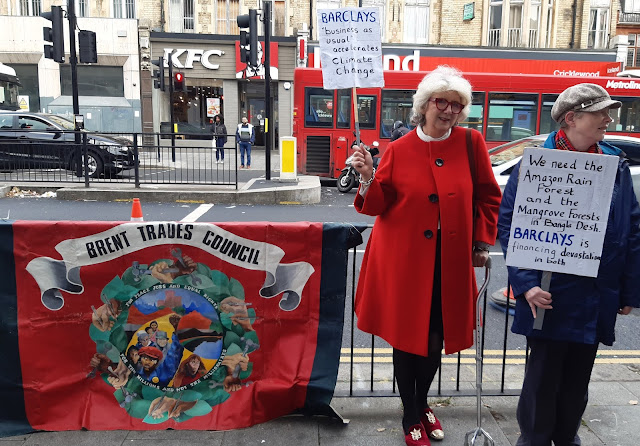 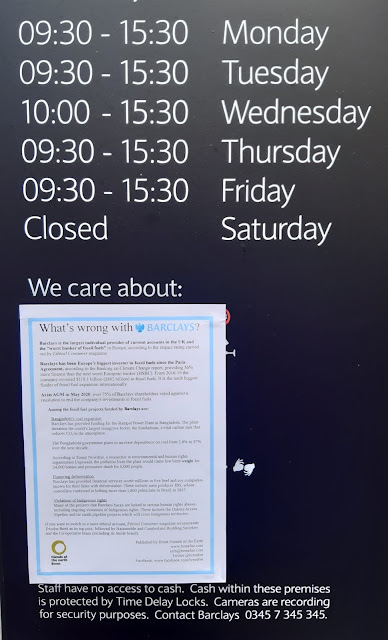 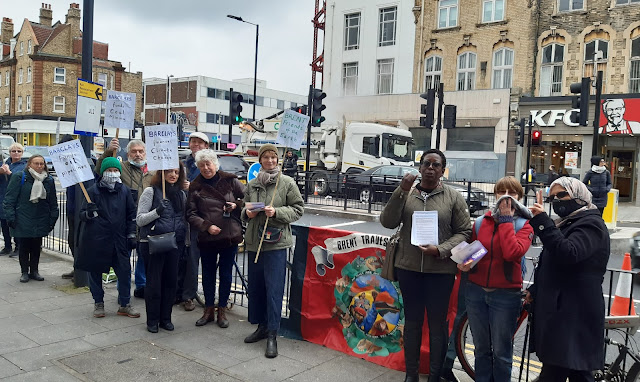 Several older passersby recalled the days when they boycotted Barclays Bank because of its financial support for South African apartheid and promised to review their use of the bank.