The Brent Cabinet will discuss the latest School Places Provision Strategy this morning.  Key points include:

Within this there are variations as a result of the developments in some areas such as Wembley Park, although the demographic impact so far has been less than anticipated.

The planned action for the Wembley Park area does not mention a new primary school in the Quintain development area. Readers will remember one was planned as part of the regeneration and a site earmarked close to Wembley Stadium station. Philip Grant on a Wembley Matters post raised the issue of the disappearance of plans for a primary school in the long term plans. 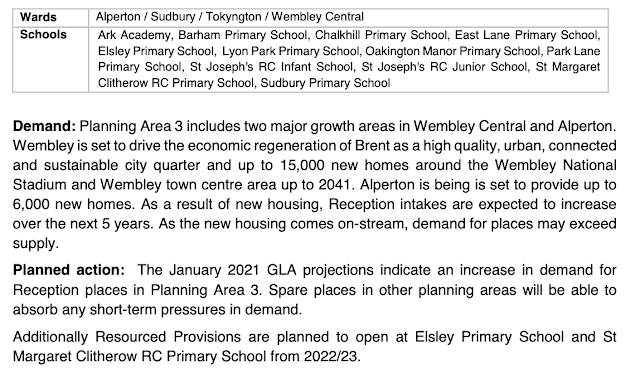 One of the other issues not fully discussed is the number of  secondary pupils in the south of the borough taking up places in neighbouring boroughs: 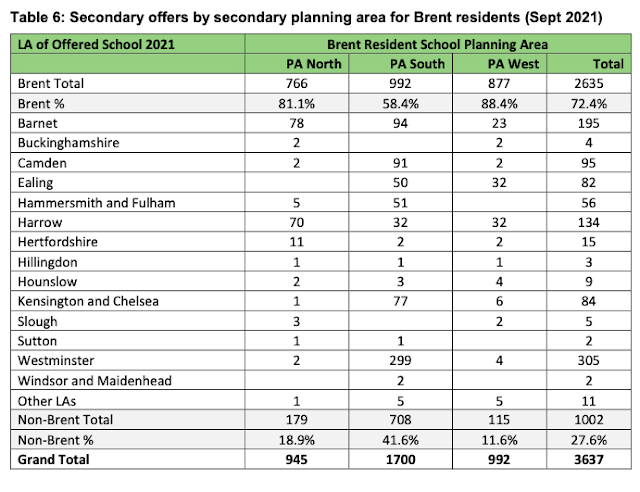 The full report is below: