Probity and Planning in Brent 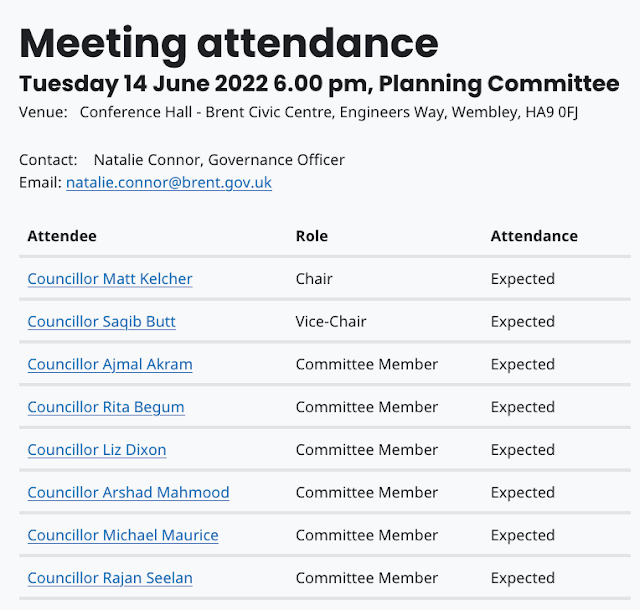 With the far-reaching new Brent Local Plan now in place until 2041, Brent enters a new period of multi-million pound developments in its growth areas that will change the face of Brent, as well as the more routine planning applications that are often delegated to officers.

With its quasi-judicial role the Planning Committee is supposed to be free from any specific political interference although it operates within the Council's Local Plan and Planning Guidance.

There have been questions raised in the past about indirect political interference in Planning Committee, especially when Labour members who do not conform the expectations lose their position (and their additional allowance)  in one way or another.

It is important then that in order to ensure the public see the proceediungs as fair and above board that there is probity in the Planning Committee's structure and proceedings.

The Local Government Association has published advice on probity in planning HERE. They say:

Probity in planning is about ensuring that decisions on plan making and planning applications are undertaken, on behalf of communities, in a fair, impartial and transparent way.

What appears to be missing from this in the context of  a mainly one-party council is how the members of the committee are chosen.  In Brent the proportion of places allocated are on the basis of the local election outcome and there are seven Labour members of the Committee and one Opposition member.  Currently this is a Conservative. Cllr Michael Maurice. There is no Liberal Democrat although concern over new developments in the borough was one of their main campaigning  issues.

Labour members are appointed to the Committee by the leader, and perhaps deputy leader, rather than elected by the Labour Group..

It is important to note that there is no overt political whipping  of the Labour committee members on planning matters.

New members of the Planning Committee include Cllr Ajmal Akram, who I understand is Muhammed Butt's brother-in-law, and Cllr Arshad Mahmood, widely alleged to be Cllr  M.Butt's cousin.

These connections, if true, would constitute half of the Committee, although they all, of course, may be fiercely independent with no family allegiance. 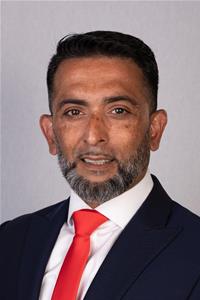 In addition to his position on the Planning Committee Cllr S. Butt has also been appointed to the Resources and Public Realm Scrutiny Committee that has planning and regeneration as part of its remit. He is also a member of both the Audit and Standards Committee and its advisory body.

Brent has two wholly-owned subsidiary housing companies First Wave Housing and I4B and Saqib Butt has been appointed the councillor director on both.

Both companies report to the Audit and Standards Committee.

Ajmal Akram is also on Resources and Public Realm Scrutiny Committee as well as Planning Committee.

Keeping it in the family???

Thank you for pointing this out. I have edited the post to include this information.

A very sad state of affairs

Does Cllr M Butt believe that his packing of important council committees with family members or 100% devotees as being acceptable to the people of Brent?

Shocking. You are absolutely right. Ajamal Akram is Muhammed Butt's brother in law.

Thiis if true should be referred beyond Brent & Local Govt. + in my opinion, if true, the Planning & Housing BRIEF should be REMOVED FROM BRENT. CANNOT STAND UP TO SCRUTINY

So the Chair and Vice Chair of Planning Committee are the partner and brother of the Deputy Leader and Leader of the Council!!!

When its the Cabinet that approves proposals for Council building projects, can we expect the Planning Committee to deal with those applications impartially???

Imagine going to court and the entire jury are related! This is outrageous

No, this is Brent and anything goes

Have the people of Brent not just voted the Council in ?

Keep it in the Family!

Brent Labour Voting Residents have nothing to complain about.
All their wishes will be granted.

I distinctly remember you all being warned of what will happen if you fail to vote in credible opposition.

Buttocracy is alive, well and flourishing.