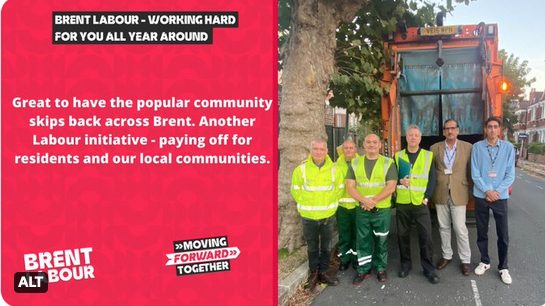 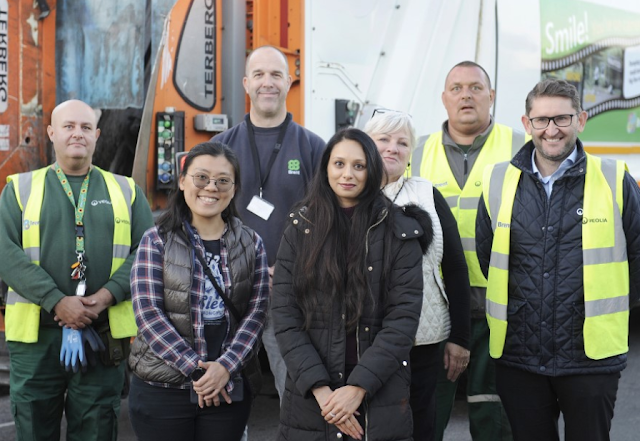 A group of opposition councillors have submitted a request to call-in the recent Cabinet approval to award  the Waste, Recycling and Street Cleansing contract to Veolia. The request is in the name of councillors Georgiou, Lorber, Matin, Hirani and Maurice.

As a service based organisation, Brent Council should be putting residents’ needs and concerns at the forefront of all we do. This call-in is based on our belief that the views of residents have mostly been ignored throughout the tendering process and that the decision made by Cabinet will in fact lead to worsening outcomes for local people for this very important and valued service.

We believe the way that this process has been handled has always advantaged the current contractor. In order to increase competition and as a result a better service for our residents the Council should have considered splitting the contract into smaller areas, perhaps the Brent Connects areas, or grouping of wards, which might have resulted in more interest from contractors other than the current contractor.

We are particularly concerned about two key aspects of the decision:

The use of sacks for the collection of some recyclable materials (paper and cardboard).

A move towards a so called ‘intelligence led’ street cleaning service.

Our view is that both changes were highlighted during the consultation period as being unpopular with local people and will in fact not work in practice.

During the trial period the size and sturdiness of the sacks to be used was questioned by residents. In the Scrutiny session on this item at the end of last year, numerous Councillors, who were also involved in the trial, highlighted this concern. A recommendation from the Committee, whilst being noted in the Decision, has effectively been ignored, as there is no clear indication that an alternative will be implemented.

On street cleaning, we have huge concerns about how a new ‘intelligence led’ approach will impact local roads in our wards. There is already a significant issue in our areas when it comes to upkeep and cleanliness of streets. As admitted by an Officer of the Council at the Scrutiny session last year, this new approach, “will not make the situation better.” If our purpose as an organisation is to improve the standard and quality of our area, it is evident that in fact this decision does not do this, therefore, an alternative needs to be found.

We are also specifically concerned about the reduction of Zone A ‘headers’ (side roads) from 50m to 20m. There are already significant issues on roads closest to High Roads and Town Centres. Our belief is that the reduction of this aspect of the service will both be incredibly detrimental to the residential roads close-by and in the long run costlier for the Council to deal with.

Please provide below an outline alternative course of action to the decision being called in.

We propose on sacks that the Council agree in full with the recommendations by the Scrutiny Committee that wheelie bins be provided where possible to residents who wish to have them, so as to avoid the possibility of sacks being misused, broken and lost. If necessary, by revising recycling collection routes.

To maintain the Zone A ‘headers’ (side roads) to at least 50m, as is the case in the current contract.

A review of the way service consultations are conducted so as to ensure they are proper, thorough, and rather than imposition of an already agreed to decision. This will give greater confidence to the residents that the Council are listening to their concerns and acting on them.

As suggested during the consultation process with residents, to increase the number of waste and recycling bins on local streets.


Street care and bins on council land streets, the council is the customer and they don't complain, while private owned roads do complain and therefore customer service is required and resources prioritised and focused.

Yet again the Councils so called intelligent leaders have disregarded the views of the residents who voted for them and agreed a contract that any sensible person would be able to see straight away that it will not work. But Hey Ho the masters have spoken and must be obeyed!!! Brent councillors are a law unto themselves and will not listen to reason or common sense. Most of the flats are so tiny that there will not be space to hold on to the recycling for two weeks. All this a going to do is increase vermin in Hines putting peoples lives at risk. There will be many who will not recycle or will dump rubbish on the roads which again in the new contract will only be cleaned with intelligence which the councillors are lacking. Suck and tired of these councillors who are running Brent into the ground. But as long as they are ok who cares about the rest of the people who they obviously see as riff raft not worthy of any consideration. So angry with how things are decided.

I don’t think it is advisable to put the rubbish in sacks, as they will cause more problems on the streets, and also the streets are hardly cleaned. I would like to keep the rubbish bins as they are.

As a person who shares their 3 Large Recycling Bins with 35 other residential properties which are overflowing come collection day I fail to see how sacks are going to work as the biggest problem I face is trying to educate my neighbours into flattening their Amazon boxes which causes the bulk of the problem.

I agree with Anon @21.35
We should not change the current situation. This will be a non starter just like the Food Waste caddies, very few use them.
No one wants to keep waste food rotting and smelling in their kitchens.
No one wants to leave them outside the property for the Rats/Foxes and other vermin to use as a guaranteed food source and spread across the garden/pavement etc.

I would be very interested to know on any typical round of Veolia's recycling collection, how many food caddies do they actually pick up?
As this has been in existence for several years now.

The idea is beyond ridiculous. That residents will have to stockpile cardboard and other flammable materials in their flats while awaiting collection is going contrary to every principle of fire safety. Not to mention that the majority of tenants in Brent will hardly have the available space to store these materials.
And what about leaving the sacks outside? As has already been mentioned, the area is a hotspot for fox and rodent activity so doubtless these sacks will be dragged around. And if not, a breezy day would surely be enough to relocate the sacks half way down the road. Are we supposed to anchor these to our door handles?
It seems that the council hasn't thought this through (or that they have deliberately ignored the concerns to benefit themselves financially).
At the end of the day, if there are any problems, I'll just carry on putting cardboard in the recycling bin or in the general waste.

I have just witnessed someone dropping their children to school, opening the boot of the car and retrieving 2 x Full Black Sacks full of waste and one box with Recycling, depositing them in my Grey and Blue Bins located on the street outside
my house. Whilst I am happy they did not dump them on the street, I do not think that this is a one off event. I can only assume that their Bins are full to capacity, and so will mine be come collection day.
Fortnightly collections do not work for everyone.