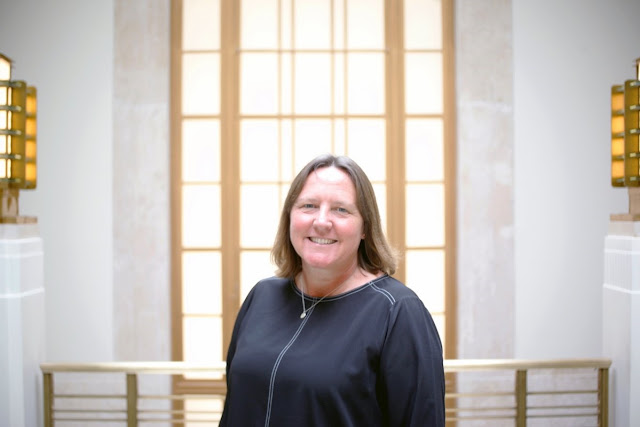 Kim Wright is set to become the new Chief Executive of Brent Council subject to ratification from Full Council on Monday January 23rd.

Kim Wright has been Chief Executive of Lewisham Council since October 2019 where she led the council’s response to the global pandemic as well as being the lead Chief Executive for South East London as part of the resilience arrangements that were set up at the time. During Kim’s time at Lewisham the authority has been praised for its work supporting homeless people while the number of residents saying the council runs things well and provides value for money improved significantly. There were also improvements in staff satisfaction levels.

Before joining Lewisham, Kim held a number of Corporate Director roles at Hackney Council which all involved working as part of the senior leadership team to drive improvement and change. Before that Kim worked at Barnet Council and before that Spelthorne Borough Council where she started her local government career in leisure services.

Cllr Muhammed Butt, Leader of Brent Council, said: "Kim is an outstanding Chief Executive with a fantastic range of abilities and skills that are just right for Brent. We have made lots of progress in Brent over recent years, despite the tough circumstances we have faced. I am keen to welcome Kim to Brent and continue that journey as we seek to build a better Brent and leave no one behind.”

Kim is set to take up the role of Chief Executive from May 2023. She said: “I am delighted and excited to be recommended as Brent’s next Chief Executive as it is a fantastic place that is one of the UK’s most diverse boroughs, and which is bursting with opportunities. I know how ambitious everyone at Brent is to make a positive difference to local people’s lives. I am really looking forward to working closely with colleagues, members, partners, and residents to do everything we can to create a fairer and more equal borough.

“I’d also like to say what an honour it is to take over from Carolyn Downs who has been one of the most respected public sector chief executives in the country for decades. Carolyn has been an inspiration to so many people, including many women due to the glass ceilings she has broken, and I am determined to build on the impressive legacy she leaves.”

Shame we can't change Butt the council leader and his useless councillor supporters and family members who keep him in power.

Wow she is happy to break the glass ceiling! Don’t make me laugh, well she worked for all other labour controlled boroughs, sing the tune girlfriend, from the same hymn book of all your previous jobs.

Will Ms Wright have the capacity to deal with Brent's financial black hole and bullied staff? Will she deal with the strange decision making that goes on in Brent that favours some groups more than others.

Strange then that Council Officers (presumably with the approval of the Council Leader), on 19 January, issued a press release with the headline: "Council to appoint Kim Wright as Chief Executive."

Lewisham Council have also announced that Kim Wright will be leaving them to take over as Chief Executive of Brent Council from May.

I know that, in practice, it is a foregone conclusion that at least a majority of Brent councillors will rubber stamp the recommendation made by the appointments committee chaired by Cllr. Muhammed Butt at the Full Council meeting on 23 January.

Perhaps the Council Leader and Brent's Corporate Communications team, who prepare the Council's press releases, should be reminded by the Council's top legal officer (now known as the Corporate Director of Governance) of what she has written in the "Legal" section of her report to the Full Council meeting:

'The Local Authorities (Standing Orders) Regulations 1993, as amended and the Local Authorities (Standing Orders) (England) Regulations 2001 as applied by the Council’s Constitution make clear that it is for full Council to determine any appointment to the contractual post of Permanent Chief Executive and to designate an officer of the Council as the Council’s Head of Paid Service under section 4 of the Local Government and Housing Act 1989.'