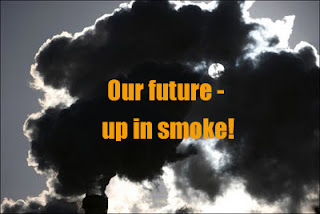 As plans emerge for new waste management sites in Brent as part of the West London Waste Management Plan, some of which are likely to be incinerators, events in North London show us the way forward. The West London Waste Authority consulted on possible sites for waste management facilities but NOT on the processes and technologies which will take place in them. These will be detailed when planning applications are made to local Councils.

Things have reached that stage in the North London Waste Authority and a formidable campaign has developed around a huge incinerator at Pinkham Way.. Thanks to Haringey Greens for this Guest posting: Their interesting and informative blog can be accessed HERE

A packed public meeting organised by Barnet, Enfield and Haringey Green parties at Hollickwood School close to the proposed waste processing plant, attracted over a hundred people on Thursday (21st July) last night. As recently as this Tuesday, Haringey Council ‘put on hold,’ the plan because as they say on their website, the North London Waste Authority (NWLA) has failed to provide enough detail on the proposals. A decision on planning permission for the development will now be delayed until April 2012, by which time the NWLA should have submitted a more detailed plan.

The speakers at the event were, Colin Parish, a local resident and founder of The Pinkham Way Alliance, Darren Johnson, Green party Greater London Assembly Member, and Quentin Given, Coordinator of Tottenham and Wood Green Friends of the Earth.

Quentin, in his statement to the meeting said, “There is a problem with waste, and what we do with it. London’s Boroughs should be more self-sufficient in waste management and we need to move away from incineration, and waste sites should aim to minimise road movement of this material, which clearly this plan does not. We should also be concerned about the effects this plant will have on wildlife, which is under pressure everywhere.”

Colin, in his statement said, “This factory, will be seventy five feet high, with a chimney almost double that size. The NWLA say that this site is an ex sewage works, but that was fifty years ago, it is now lovely woodland. The plan is for over one thousand vehicle movements a day, in and out of the plant, twenty four hours a day, and we must fight it. This is the worst traffic junction in London in the daytime, and these plans will make this situation even worse.” He also made an appeal for donations to help his group’s legal costs, which he said was the best way to stop the plan going ahead.

Darren agreed that the legal challenge was very important but said “Local residents are a force to be reckoned with, and this had had an effect on Haringey Council’s action in delaying a decision.” He went on to say, “The politics is also important, the Mayor of London can, at the end of the day, decide on whether this plant is built, and with the decision delayed until April 2012, this makes it a big issue at the Mayoral and GLA elections in May next year, which is brilliant timing. This plan is based on the low levels of recycling which we have in London, but we could be achieving over 80% recycling, like they do in many countries in Europe. If we recycled more, we wouldn’t need such large plants as are being proposed. I noticed on the way here to this meeting that the recycle boxes are tiny compared to the big grey wheelie bins. It is also unfair on the people of this area to be expected to take the waste from several boroughs.”

A lively questions and answers session followed the speeches, with general opposition to the plan from all parts of the room. The meeting resolved to continue the fight against this massive scale waste plant, which would have a devastating effect on people’s quality of life in this part of north London.

Animation of the Incineration Process HERE

Shahrar Ali (Green Party GLA Candidate for Brent and Harrow ) has written up the Pinkham, Way meeting HERE
Posted by Martin Francis at 11:01:00