My curiosity led me this afternoon to have a stroll around  the back of the stadium to see where a possible recycling plant might be sited in Hannah Close. Careys, the local company who helped save the Welsh Harp Environmental Centre, has a lot of property in the area along with their waste management subsidiary Seneca.

Seneca's  security guards were worried about me taking photographs and denied that the company had anything to do with Careys. The Jubilee and Metropolitan lines run behind the site and on the other side is St Margaret Clitherow Primary School and residential streets which include Quainton, Verney, Aylesbury Chesham and Village Way. 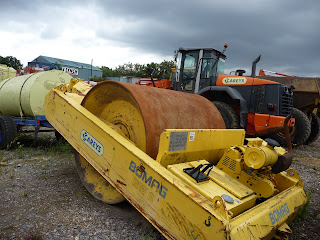 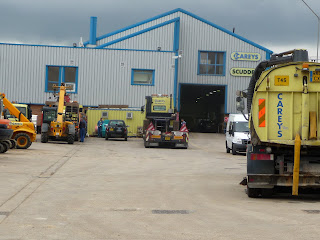 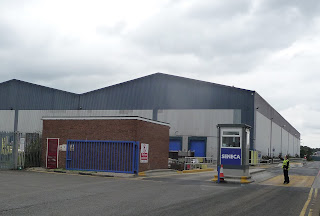 Hannah Close, and Atlas Road which it joins, already have several recycling sites: 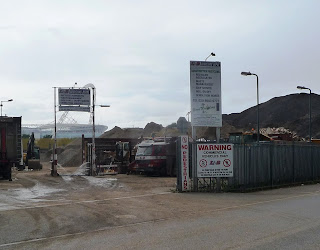 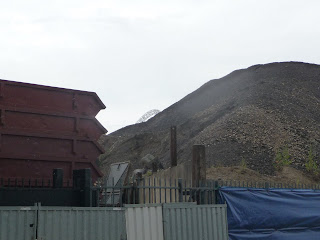 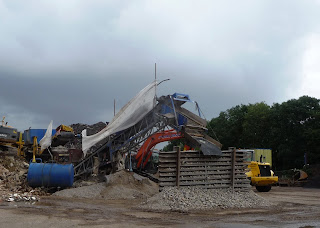 The River Brent runs flows to Hannah Close and runs beneath the railway line. Wembley Brook is also close by. Campaigners in Ealing have been concerned about possible contamination of the River Brent if new waste processing facilities are built and there must be similar concerns in Wembley.

The following photograph was taken today with waste fluid apparently flowing from Harringtons in Fourth Way. 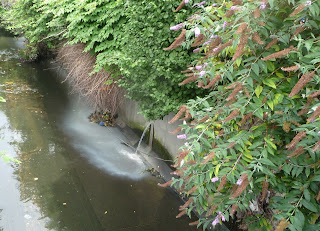 A further concern is the proposal, in the Wembley Masterplan, to open up North End Road and join it again to Bridge Road in Wembley. At present North End Road is closed where it meets Atlas Road. If it was opened up and joined to Bridge Road a route would be established to the recycling facilities in Hannah Close, via Atlas Road, increasing lorry traffic past the Danes Court and  Empire Court flats, which at present are a peaceful haven despite their proximity to the railway.
Posted by Martin Francis at 16:59:00