Open letter to new leader from a Labour Party member 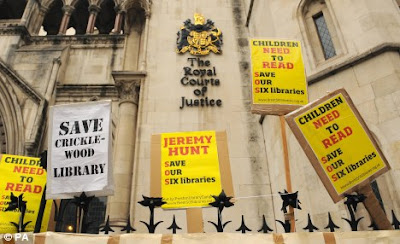 Thank you for your telephone call of 9 May 2012 in which you invited me to vote for you as Leader of the Council at the Brent Labour Party hustings on 10 May.

As you know I am opposed to the Brent  Labour Group record over the last two years of implementing the Tory /Lib Dem government cuts and thus severely damaging the life prospects of many of the most vulnerable people in Brent. Naturally I was anxious to know how you would change matters and specifically how you would propose to make the Tory/Lib Dem cuts you made clear you are committed to over the next two years

I was pleased  to hear your response on the question of libraries which I recorded.You said

'I feel we handled libraries very badly.I always wanted to consider partnership with community groups as Camden Council has done and was blocked by Ann John who  insisted we had to be seen to be backing officers and closing the six libraries.This will change if I am Leader.'

On future budget cuts you said

'We have far too many senior officers in Brent ,a record number of Directors on very high pay and they all build empires of Assistant Directors.I think we could save £3 million a  year  on these costs by 2015 '

Whilst I do not wholly agree with these two proposals I did concede that they represented progress from the intransigence and hostility to community groups displayed by Ann John and senior officers over the last two years .As promised  I advised Labour Party members I know of your views and asked them to consider if the changes you promised were sufficient to enable them to vote for you as Leader.

You have become Leader of Brent Council  at a time when working  people across  Europe  are realising that the disastrous policy of austerity is leading to impoverishment and misery everywhere.Voters in France and Greece have realised that the solutions of  cuts in services and basic benefits and pensions are incapable of creating jobs and protecting a reasonable standard of living for working people.

In Brent we have seen the extraordinary GLA vote in which Labour heavily  defeated the Lib Dems in every single ward of Brent Central - a great opportunity exists for us to remove Sarah Teather and cuts agenda at the next General Election.

You will need to be resolute in challenging Brent Council officers on every aspect of their work.In particular Gareth Daniel,Chief Executive, must be reigned in and told to stop spreading government cuts propaganda to Brent Council staff.

I am sure that the local newspaper, the Brent and Kilburn Times, has misquoted you in stating that you now support library closures and the matter is closed. I do not believe that you would have completely reversed the promises you made to Party members during your leadership campaign nine days ago.

I know that Brent SOS Libraries Campaign have written to you asking for  an urgent meeting and I look forward to discussing this issue with you then.Labour should be embracing local campaigners not treating them with disdain.

On a wider programme Brent Fightback want to work with Brent Labour Council in opposing Tory/Lib Dem cuts.We have also requested a meeting to discuss how to work together to resist  NHS Cuts such as the closure of Central Middlesex hospital  as well as local government cuts.

I look forward to meeting you to discuss further co-operation