I had a quick peek at the Brent Civic Centre yesterday. It is open to the public from Monday but some staff were already there in their new corporate suits.  The ties are a rather lurid and gaudy blue with the Brent coloured circle logo plum in the middle. Even the private security guards (they said there would be 'high security because of 'past events') sported the ties.

There are huge metal gates around and within the 'Marriage garden' which seem to symbolise something about marriage. Not sure what.

The Bin Veolia in Brent Campaign had a small demonstration inside the Centre making history as the first protest to take place there.

The date of the official opening ceremony has not yet been published but we were told it would be in August. 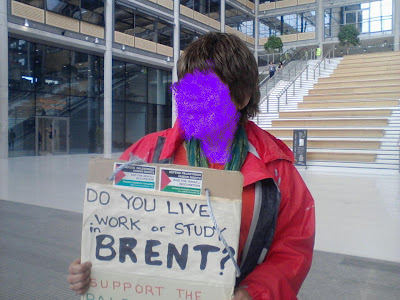 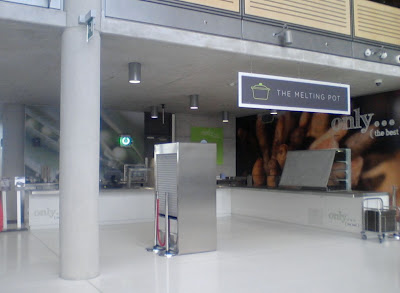 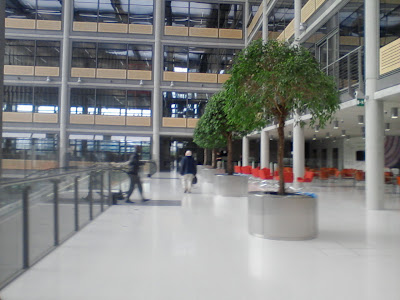 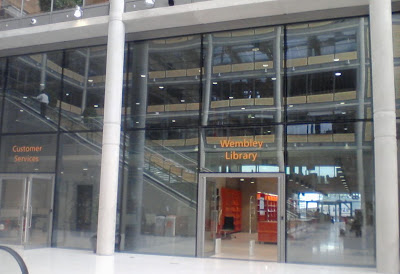 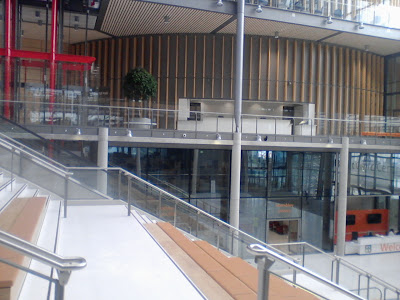 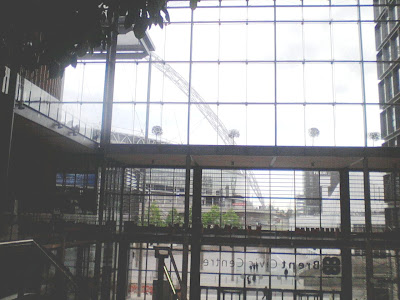 All looks very bright and shiny. However, I note from Brent's own website that there is a "very limited amount of paid-for parking". Considering the building is to be used for library services, weddings, plus numerous other council-based functions, this seems to be a massive oversight by the planners. I expect this will be glossed over as "being green" and encouraging the use of public transport.