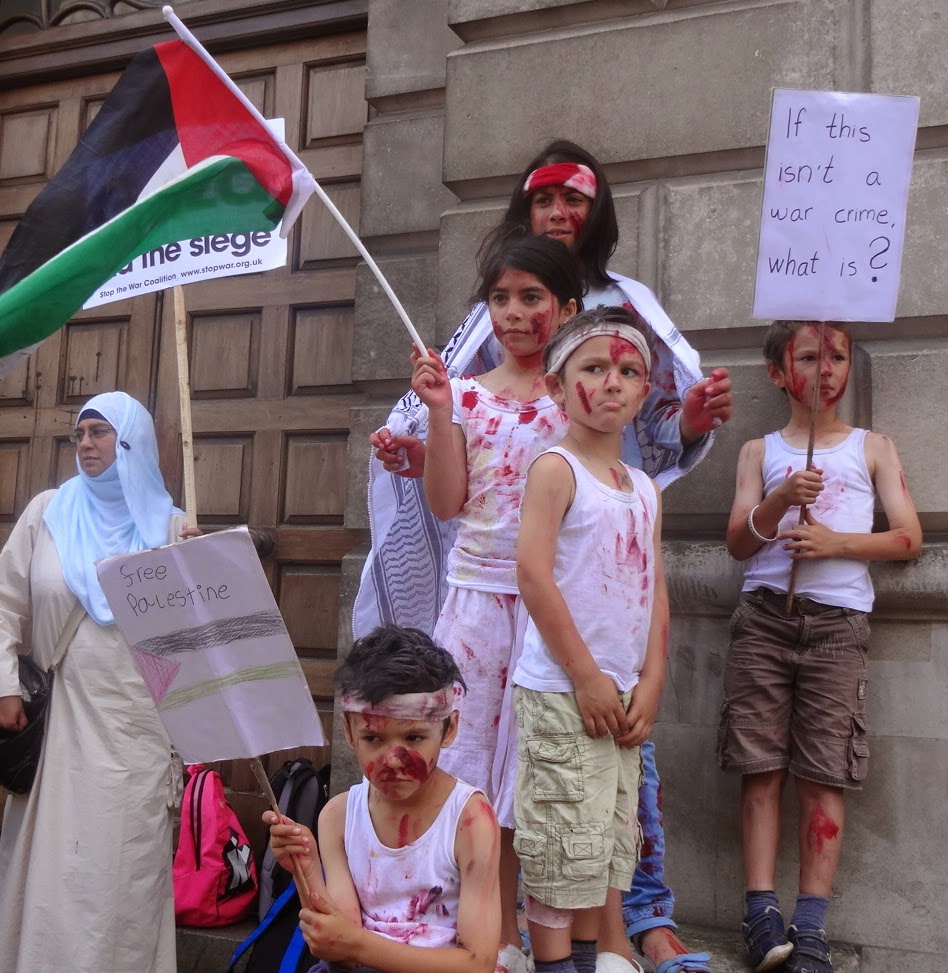 A group of Wembley mothers, sickeded by the sight of children being murdered in Gaza, have set up their own campaign over Eid  to boycott large supermarkets that sell Israeli produce.

This is what they say on their Facebook page:


This group has been created because of the affinity mothers and grandmothers feel for the plight of the people of Palestine. In this month of July 2014 Israel has mercilessly bombed Gaza resulting in countless deaths, suffering, trauma and horrendous injuries, mental and physical.

WE ARE SICKENED AT SEEING BABIES, CHILDREN AND PREGNANT WOMEN WITH UNBORN BABIES IN THEIR WOMBS BEING MURDERED!

We feel helpless as we do not have much power to effect justice for the Palestinians, who have suffered for decades. But what power we do have is our spending power. We often make the decisions in our families on what we purchase for our families and homes. And now we are using this power to force change.

In the first instance, we want to use this power to transform our buying patterns and to boycott companies, supermarkets and other outlets that sell produce from Israel and the Occupied Territories. We are bringing our local Mums together to effect real change - because money speaks!
We have had enough of British companies propping up Israel economically, which allow it to act with impunity. We will no longer be complicit in this genocide because we will no longer buy Israeli & OT produce. We will run Total Boycott Strikes targeting all the supermarkets until they comply with our demands.

We are demanding that all supermarkets:

We are an organic movement of Mums of all backgrounds and this is only the beginning. We are not going to stop until children of Gaza can sleep safely in their beds in a free Palestine and there is a JUST resolution for the Palestinians.

but only boycotting a few Israeli things, ignorant of other products, and therefore continuing to support Israeli economy.

Israeli human rights org http://www.btselem.org - @btselem - has just listed the names of all the dead Gaza children to date. This is a cross-post from Wembley Matters 'Jon Snow and Michael Rosen speak out for the children of Gaza'.