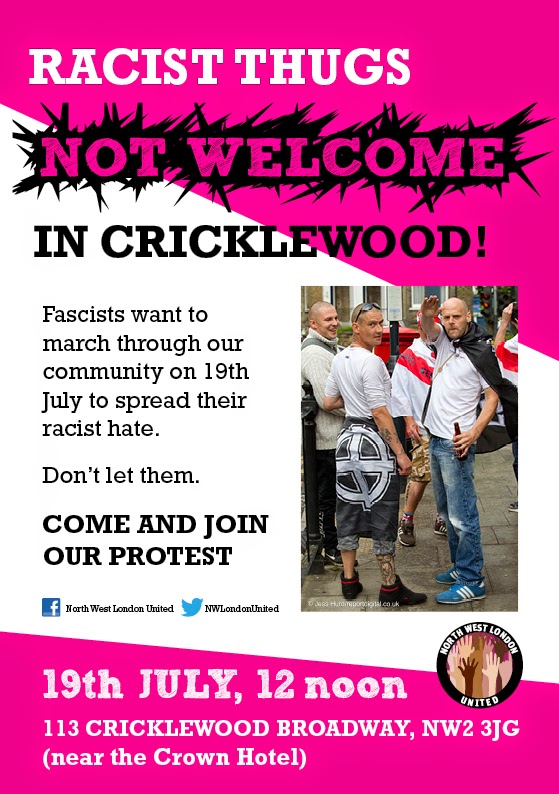 Racists and Fascists are once again targeting Brent. The South East Alliance have said they are returning to Cricklewood Broadway on July 19th after the local community mobilised against them a few weeks ago.

The group are pretending that they are protesting about a Muslim Brotherthood office above a shop despite the fact that the police said the occupants have left, and in any case they were not the Muslim Brotherhood itself.

The SE Alliance come from outside the area in order to stir up racial and anti-Muslim prejudice. An adhoc group has been formed called North West London United to oppose them on July 19th. NW London United aims to bring all members of the community together to tell the South East Alliance that they are not wanted here.

North West London United has prepared a statement that they ask people and I have been happy to do so: