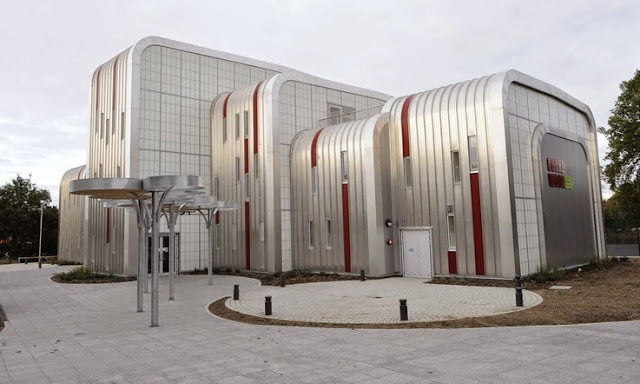 They propose a 'third sector;' solution through the setting up of an independent organisation - 'The Young Brent Foundation' which would have charitable status. The Foundation would work with a range of voluntary organisations, social enterprises and charities and attempt to draw in support from grants and sponsorship.

The John Lyon Trust has told the Council it will welcome an application for a three grant of  £100k per annum to support core funding costs while the paper suggests running costs will be £177k per annum.

Although replete with vision and priorities based on the needs of the most vulnerable the paper does not disguise the risks inherent in the strategy.

The paper states that the running costs of the four youth centres (Granville, Poplar Grove, Roundwood and Wembley) cannot be met. They suggest a community asset transfer for Roundwood and activities by different providers under licenses or short-term occupation at the other centres.

They state: 'If no opportunities are identified for the Granville and Wembley youth centres, the Youth Service will have to consider vacating the premises as there will be no funding available within the budget envelope to pay for the running costs.'

Following discussion of the 'risks and delivery issues' associated with community asset transfers the report states:


In the case of the Roundwood Centre current restrictions on the hours and type of use will also limit commercial opportunities for any new provider. An obvious implication is that there is a risk that youth centre provision at Roundwood would cease from April 2016 if a transfer was not achieved.

...If the Council is not able to fund or secure an alternative provider to run youth provision at Roundwood, the Council could also be required to repay, in full or in part, the National Lottery grant of £4.997m which was used to support the development of the centre.

Readers will remember that the closure of Stonebridge Adventure Playground also involves a payback to the National Lottery.

The paper proposes the continuation of the Brent Youth Parliament at a cost of £60k per annum  because of its 'valuable role in within the Council's decision making process'  with its transfer to the corporate team in the Chief Operating Officer's department.

This is an interesting move as one would expect the Youth Parliament to be at the forefront of a campaign to save the youth service and thus assert its independence, while at the same time the proposals ensure the YP's own survival.

The Youth Parliament, if the Cabinet accepts the proposals, will be part of a consultation on the proposals that start this month and will culminate in the strategy for the future of the service to go to Cabinet in October 2015.  The paper notes that a Full Council decision may be required.

In the budget discussions earlier this year the Council managed to deflect concerns about the future of the youth service, which initially seemed to entail the total closure of the service, through this review. Although they will argue that this does not amount to total closure it clearly may eventually result in something very close to that.
Posted by Martin Francis at 12:04:00