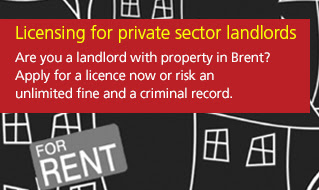 None of us are in favour of rogue landlords, over-crowded or dangerous accommodation but when the local and regional press publish celebratory press releases from Brent Council I often wonder about the fate of those displaced by action against such landlords. A possible unintended consequence of the  Council's action.

Do the displaced tenants add to the homelessness figures, are they officially accepted as unintentionally homeless, are children involved,  do some of the displaced end up joining rough sleepers?

I made the following FoI request to Brent Council to try and find out:


Please provide details of tenants displaced as a consequence of action
taken against landlords (overcrowding, unlicensed etc) under the Landlord
Licensing Scheme for the year commencing January 1st 2016.

1. The total number of displacements including children.
2. The status of tenants - single men, single women, couples, children.
3. The nationality/ethnicity of these tenants.
4. The destination/outcomes for these tenants as a result of displacement
eg hostel. temporary accommodation, bed and breakfast hotel, social
housing, referral to homeless charity
5. The total number accepted as homeless by the Council.

The Council replied that they had searched electronic and paper records and they did not hold the information requested.

As it is not tenants, but landlords, who are the guilty party in such cases, I think the lack of any record of impact on people displaced by Council action is a failure of duty of care.
Posted by Martin Francis at 20:36:00

Well done, Martin, for drawing attention to this apparent shortcoming in Brent Council's record-keeping. As it is not just your readers, but the councillors responsible for this policy (who may not be regular followers of your blogs) who need to know about the problem, I have just sent the following email to Cllr. Harbi Farah:-

I am writing to you in your role as Brent's Lead Member for Housing, after reading with concern an article of the "Wembley Matters" blog website:-

Although I have read, and seen on television, about the Council's action against landlords of overcrowded and sub-standard properties over the past year, it appears that Brent has no records which show what has happened to the tenants displaced by that action.

Surely one of the points of the Council's policy of licensing private sector landlords is to protect the welfare of their tenants. How can the Council, and the public, know whether or not the policy has been a success, if it does not know whether the victims of exploitation by the rogue landlords it has targeted have been properly rehoused (or at worst, made homeless)?

I hope that you can ensure that the problem pointed out by this blog article is promptly remedied. I am copying this email to the Lead Members for Community Wellbeing and for Stronger Communities, to the Chair of the Community and Wellbeing Scrutiny Committee, and to my Fryent Ward councillors, for their information. Best wishes,

My personal take on that ad and others like it is that such advertising is 'a load of hot air'.

In LB Camden most of the 'residential social landlord' house I'd lived in since 1984 was 'put under the management' of Global Guardians in early 2013. The two remaining housing association tenants -- me with a pre-1979 Act Secure Tenancy and my neighbour with an Assured Tenancy -- were concerned about resultant overcrowding as Global Guardians divided the three vacant flats into smaller units and installed about 12 licensees into the house that had no fire escape, while those licensees were paying very inflated fees for staying here, where mice were already a problem.

We social housing tenants contacted LB Camden's Environment Health Officer who was very interested in pursuing Global Guardians over their lack of a House of Multiple Occupation licence. Eventually however, he reported to us his great disappointment that LB Camden had decided not to take any legal action against Global Guardians because:
1) Taking legal action can be costly in times of public spending cuts, and with possibly very little reward; and
2) Global Guardians had been runners up in a Council tendering process, and so taking legal action against that company that rips off 'licensees' could be too embarrassing for the Council.

Yesterday, we were at the Brent council offices. We were there because Eddie has another problem – he’s about to be evicted from the crummy studio flat that he’s been living in for a couple of years. He had a meeting with the council to try and get registered as homeless. Eddie isn’t too worried about leaving the studio flat as such and you wouldn’t blame him for that if you saw the place. “Studio” is too romantic a word for it. “Hovel” would be closer to the mark. You can see that in the video here (I took this in about June last year, so the place has deteriorated even further since then):

.... I suppose that Eddie’s landlord has taken the view that you can rent out any old crap to people with learning difficulties and get away with it. The truth is that you can do better than get away with it. You can actually profit from it. You can profit very nicely from it. Eddie’s landlord has been collecting something in the region of £1100 a month in rent for this grotty place. Now, though, he has decided that he wants Eddie out....

Eight days on, and neither Cllr. Farah, nor any of the other six Labour councillors I copied my email to, has replied to, or even acknowledged the email I sent them drawing attention to this problem.

Does this mean that they don't care, or is it possibly that I have "blacklisted", because of my efforts to try to hold Brent Council (and its Leader) to account?