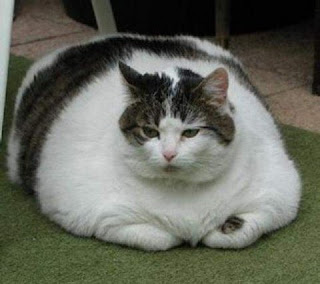 From the NUJ which is of particular interest regarding the health and viability of local newspapers.

The National Union of Journalists (NUJ) has asked for questions to be answered by Newsquest following the publication of its 2015 accounts.

The union said the newspaper group should clarify why its latest accounts have wiped hundreds of millions of pounds off its revenue column, turned in a paper loss of £47 million and sliced more than 3,500 staff off the books compared to the previous 12 months.

Newsquest, a subsidiary of US giant Gannett, eventually filed its official UK accounts for 2015 four months late with Companies House and revealed that it had moved to a new accounting model which strips away the need for more detailed reporting of its figures.

So while in 2014, Newsquest reported turnover of £279 million and operating profits of £51.3 million, the newly produced figures for 2015 mysteriously show these as just £1.09 million and an operating loss of £47.2 million respectively – mainly because of an “impairment charge” or write down on the value of its local companies of £55.6 million.

But the 2015 accounts do shed more light on the pay of Henry Faure Walker and appear to contradict some claims by the company about his overall pay package made when it was revealed earlier this month as $1.45 million.

Then a company spokesperson said the chief executive’s salary was £310,000 - whereas the latest figures show a package of £591,804 for the “highest paid director”. And while Newsquest said publicly Walker’s pension payment from the company was £10,000 for the year, the accounts say this figure was actually £18,000.

The company spokesperson also sought to explain the high overall total for Walker’s pay package as in part due to an undisclosed relocation package. This is now revealed as £47,000 in the accounts – worth about the salaries of two journalists made redundant during the year.

The union believes that at a time of continuing painful austerity for Newsquest’s employees, the company should not cherry pick the details it chooses to make public about its profitability, trading state and especially boardroom pay. Local NUJ chapels have been told there would be no pay rise for members in 2017.


We have been tracking the non-filing of Newsquest accounts for months given the importance to staff, who have suffered nearly a decade without a pay rise, to know more about the company’s ability to pay.

We are astonished that the company has moved to make its accounts even more opaque and less relevant when long-suffering staff deserve far better. As it is, missing the formal deadline to file the accounts by four months has cost the company thousands in fines – money that is desperately needed to invest in starved editorial resources.

The chief executive’s pay is incredibly high given the significantly smaller scale of the group and the huge amount of additional share options flowing his way. I’m sure the many journalists in the north of England and elsewhere in the country, whose jobs were destroyed when the work moved to Newport subbing hub, would have seriously considered moving if they had been given the relocation allowance of £47,000 made available to the chief executive.