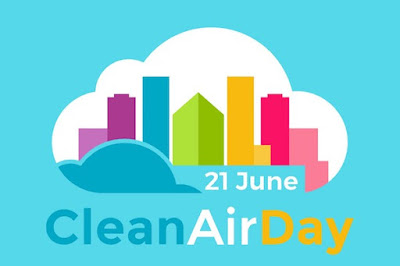 From Clean Air for Brent (CAfB)

Clean Air for Brent (CAfB)’s aim is to see air quality significantly improved in the London borough of Brent. As a tool towards helping Brent Council and residents achieve this goal, CAfB ispleased to launch ‘A Study on Air Quality in Brent’ on 21 June 2018 – national Clean Air Day. Following a proposal from CAfB, Imperial College MSc Environmental Technology students carried out this study between January and March 2018.

Children are one of the most vulnerable groups harmed by  air pollution – including asthma, lung stunting and cognitive impairment.  John Keble C of E Primary is next to Harlesden High Street and Ark Franklin Primary is on Chamberlayne Road. Both are among the 50 most polluted primary schools in the capital that were included in the Mayor of London’s recent Air Quality School Audit.

This report, the first deep-dive air pollution study of its kind for the two areas, not only identifies the causes but also recommends sources of funding to tackle the issue.

Unsurprisingly, the primary cause of the air pollution problems in the two areas is road traffic.

·      Traffic surveys show that a large proportion of the vehicles travelling through the study areas are diesel powered - 63% in Chamberlayne and 42% in Harlesden High Street.
·      Interviews conducted with drivers also reveal the significant role of non-local journeys – through traffic making up 50-60% of rush hour vehicles.
·      Both routes carry traffic volumes double the national average for the time of day in question.

At a Celebration of Clean Air event held jointly with Brent Council and Brent Friends of the Earth at Civic Centre on Thursday evening, Chair of CAfB Fiona Mulaisho commented:

Today we are all signing up to a Brent Clean Air Pledge, and in keeping with that CAfB hopes Brent Councillors and officers will draw and act on this report.   As well as working with the worst affected schools to limit their exposure to filthy air in the playground and the classroom, we urge them to use all their powers to tackle the root causes and clean up the air our children and we breathe.

I agree with the argument that Brent council were slow to take affirmative action to clean up the air in Brent,
but I think that this is an issue which will take a long time to deal with.
There are still too many cars on the roads during the week and the weekends.
The 'no idling' campaign was a good start but more work is needed before everyone will be able to live, work, and play without their lungs being damaged by diesel fumes.