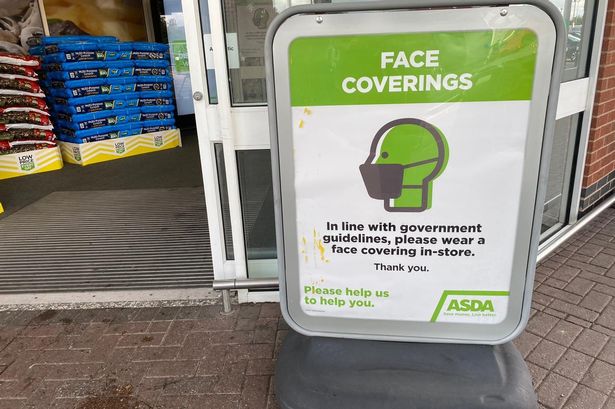 As Cvod rates rise in the borough the Brent and Harrow Trading Standards Officer has responded to concerns expressed on the Next Door Community Forum regarding customers not wearing masks in Wembley ASDA and other supermarkets.

Brent Council can only advise shops to remind customers (and staff) to wear face masks (many shops do it by announcements using the loud speaker system).

Displaying the 'wear a face mask sign' in shops is mandatory and the Local Authority enforce that part of the Emergency Legislation.

Only the police can issue fixed penalty notices to people who are not wearing face masks in shops (without justifiable medical excuse).

There is no requirement to have a doctor’s letter about why you have a medical reason for not wearing a face mask.

If it was ASDA's policy to refuse entry to people without masks it is likely there would be a lot of verbal abuse on staff and possibly violence which would need the police to be called (We have seen reports showing this fear of abuse by some customers is well justified).

Under Health & Safety considerations for their staff well-being ASDA and many other supermarkets have decided the risk to their employees from verbal & physical violence is greater than the risk of the virus.

For a short time Morrison's said on TV adverts they would enforce the law on customers wearing a mask but I have not seen those adverts recently.