UPDATE: Wembley coal mine shaft and tunnels to be investigated before Euro House redevelopment goes ahead

Ok, that's a bit if a tease but the Planning Officers' report for the redevelopment of Euro-Parts', Euro House, Fulton Road site includes the following comment:

The history of the site has largely been as agricultural land until the area became managed parkland forming part of the wider Wembley Park during the late 19th/early 20th Century. In the 1920s, the site formed part of the area for the British Empire Exhibition, and this section of the site was occupied by a life size construction of a coal mine, including a stretch of below ground tunnels, a brick lined access shaft and an air shaft, as well as above ground structures. Although the above ground and immediate sub-surface structures were removed when the site was re-developed for the current industrial use, the report concludes that there is evidence some of the shafts and tunnel structures could still exist. For this reason, the report concludes that further work to identify and record these elements should be undertaken and need GLAAS input if required. 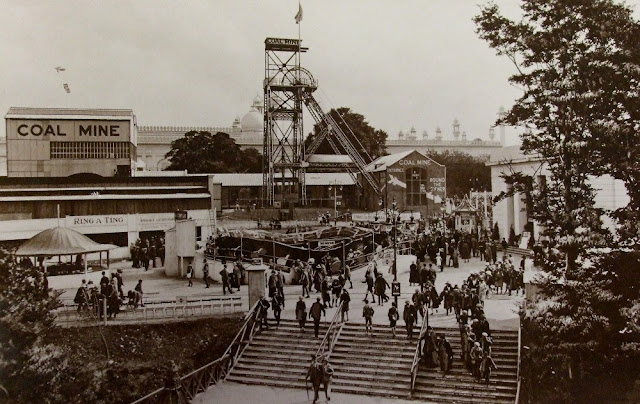 The rest of the report is rather more mundane in comparison as approval is suggested for a scheme of one 21 storey block of flats, surrounded by 12 storey 'mansion' blocks and incorporating some light industry space to provide employment - a rather late recognition of the impact of the many sites that are being sold for housing. 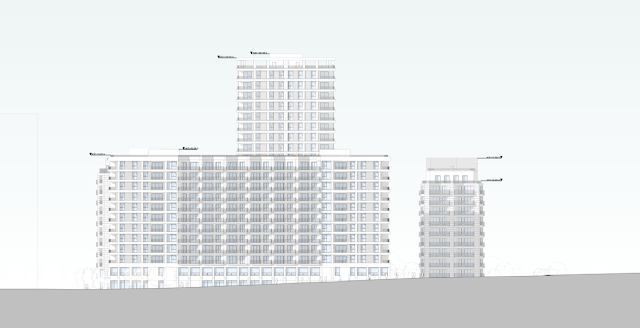 The illustrations of the scheme are rather sparse but are very much along the lines of the existing developments. One novel aspect is an objection from Quintain to the proposal on the grounds that it will deprive residents in its NE4 neighbouring site of light and they request a reduction in height. Officers basically tell them that the nature of the redevelopment of the area means they have to put up with it.

It is hard to reconcile the above image with the plans for the area around the buildings that are claimed to include some allotment plots for residents and a walkway alongside the Wealdstone Brook: 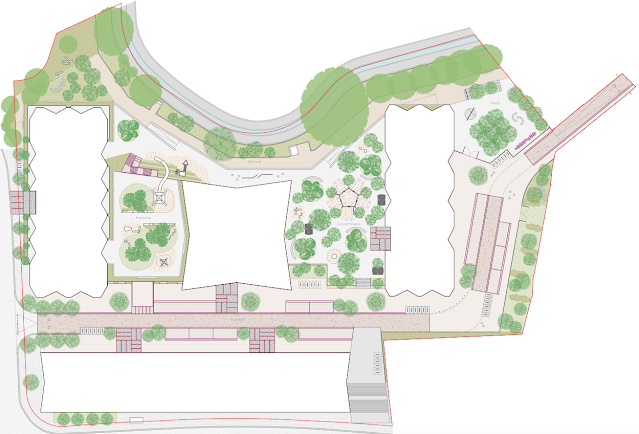 On housing the devil is in the detail. There are 493 units of which only 98 are affordable.  Of these 80 are at London Affordable Rent and 18 shared ownership.

The application will be decided at Planning Committeee tonight at 6pm. Officers' Report HERE