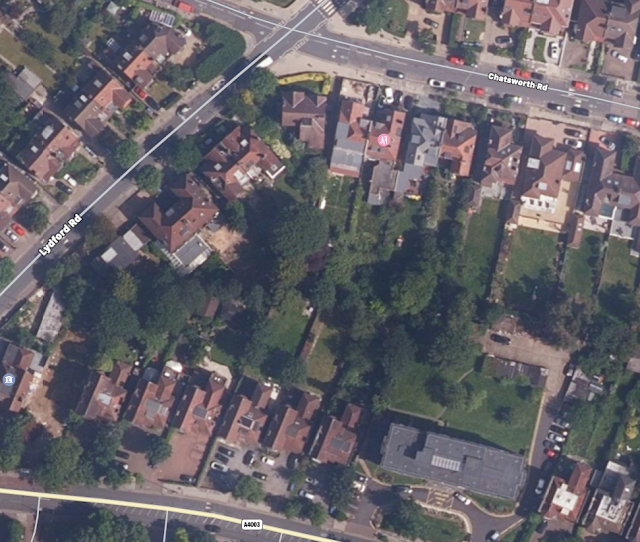 Getting closer to nature during the Spring Covid19 lockdown and a greater awareness of the threat to the planet posed by climate change has changed people's consciousness of the need to preserve and enhance our natural environment - across the globe and in our immediate home environment.

Brent Council declared a climate emergency and is currently consulting on its strategy.

The google view above shows what amounts to a mini-woodland environment produced by mature trees in a corner of Brent that is highly valued by local residents.  They are now asking what Brent Council can do to preserve such valuable life-enhancing natural resources when they are under threat, and whether the Climate Emergency Strategy will address this issue.

There is a chestnut tree in a commanding position in the woodland area, shared between several gardens, that a specialist tree study described thus: 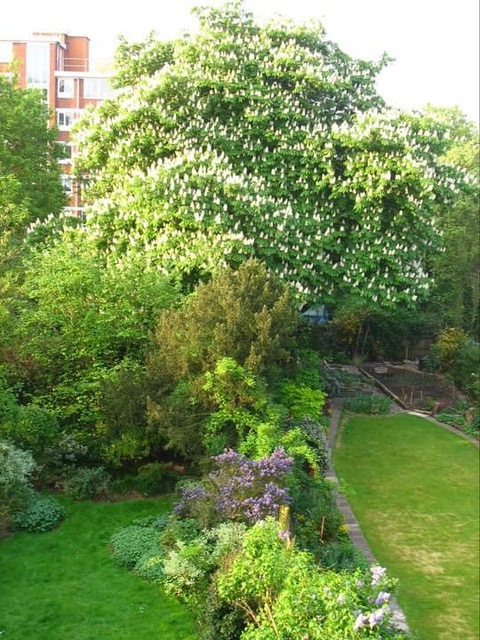 As can be seen one of the adjoining households  has sought to enhance and naturalise the habitat around the tree whose roots spread beneath the neighbouring gardens, far away from the houses.

Now residents are concerned that Brent Council has given planning permission, despite 11 objections from neighbours, for a home gym of considerable size to be built at the bottom of the garden. Surrounding families fear that the building of the gym, and particularly the 4-6 metre foundation spikes will damage and perhaps kill the tree. 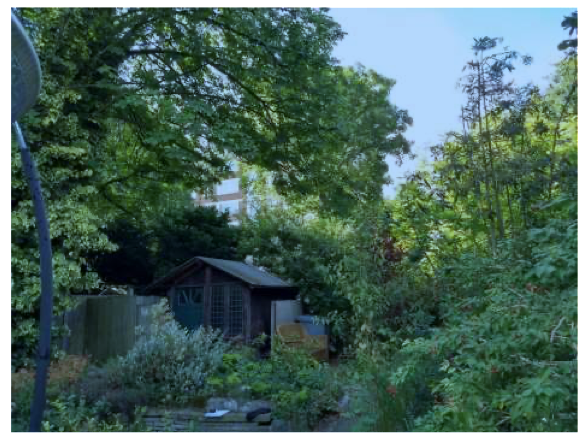 Small shed now (above) to be replaced by the building below 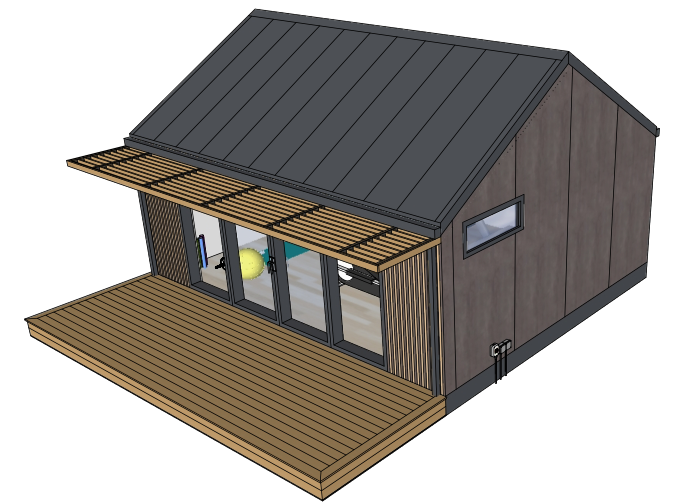 The tree is a prominent and shapely specimen unharmed by historic tree surgery and visible from a number of vantage points. As such T4 warrants an A classification on ground of landscape amenity.

The objective of the report is to identify and evaluate the extent of direct and indirect damage on existing trees that may arise as a result of the implementation of the proposed development without appropriate guidance. A tree may take a century to reach maturity, but it can be irretrievably damaged in a few minutes often because of a failure to appreciate the vulnerability of trees and particularly the root systems. Irreparable damage is frequently done to existing trees in the first few days of a contractor’s occupation of a site.

The report sets out conditions to  protect the tree when the 4-6 metre foundation spikes are driven into the ground beneath the tree but this is challenged by one neighbour who says:

The Tree Report, commissioned by the Applicant, has an internal contradiction.

Although it admits that drilling the six metre foundation spikes for the so-called ‘home gym’ “will cause irreparable damage” to the tree if the spikes encounter a root, the Report claims that, as long as the work is overseen by a tree officer, it will be acceptable to build.

However, the six metre spikes will need to be put into very specific places in order to support the building. What is not clear is what they will do if the allocated spot for a spike happens to have a tree root in it. Furthermore, it isn’t clear how having the whole process overseen by a tree officer guarantees the health of the tree.

Although we requested a second and independent Tree Report, and offered to pay for it, this offer was rejected by the Council as it was deemed unnecessary. The Council considered the first Tree Report, not exactly free of bias, was sufficient.

The wider issues are not lost on two children, sisters, who have written: 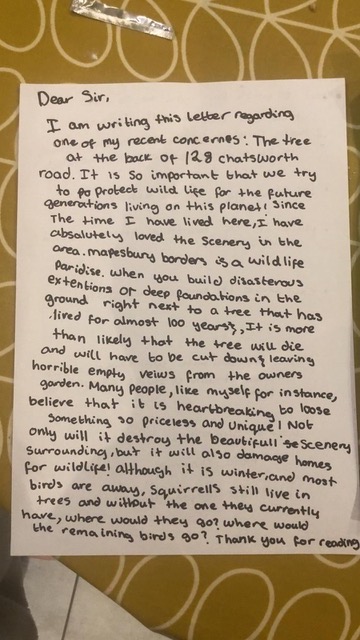 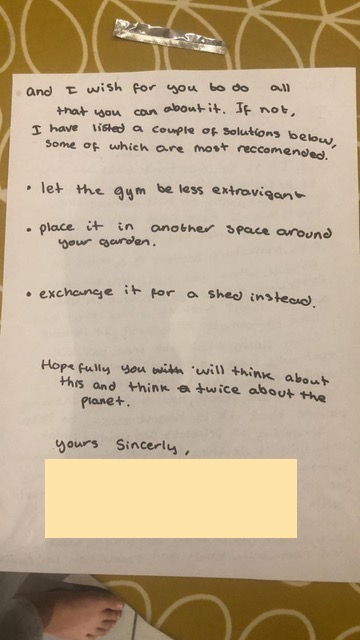 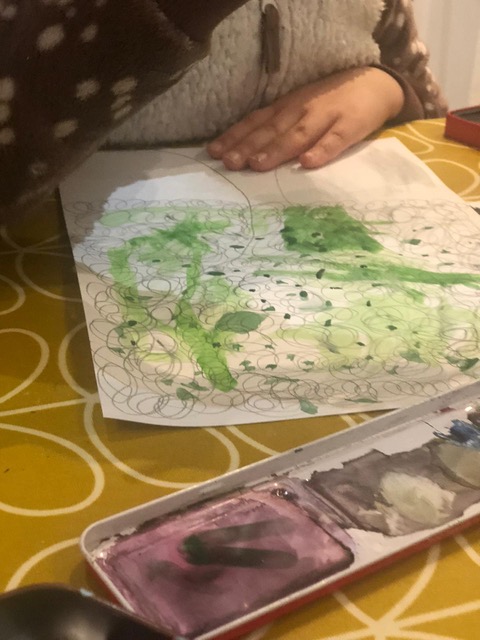 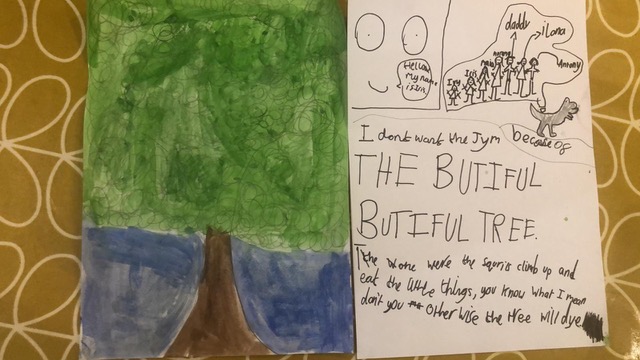 This is a comment on the Brent Planning Portal (Application Ref 20/3155) edited:

The Horse Chestnut is over 100 years old and 60 foot tall. It forms part of the beautiful landscape of trees in our back garden and makes a considerable contribution to our landscape. The proposed building will cause considerable damage to the tree  which supports untold species of animals, birds and other wildlife. The life this tree supports should not be underestimated and trees that are outside of woods are an important resource to species in areas with little woodland cover and acts as refuge in urban areas. It also creates bio-diversity hotspots and provide essential home to the wildlife.  As well as having an impact on wildlife and society, trees play a very valuable role in carbon sequestration and storage.  Our decision to move to this area was in-fact the view of this small pocket of secret beauty and conservation area and I am very saddened that this tree is NOT protected.

This application did not go to Planning Committee. A decision to grant planning permission was made by planning officers.

The question for the Climate Emergency Strategy perhaps is, 'Why is this tree not protected?' and further, 'How can Brent planning and environmental policies be changed so as to protect such trees?'

To comment on Brent's Climate Emergency Strategy go to LINK  The last page of the consultation questionnaire enables you to bring up your own issues.

Many thanks to the children who gave permission for their letters to be published.