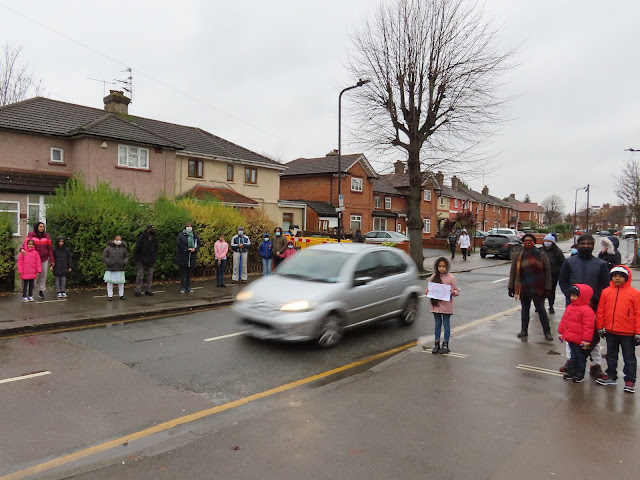 Residents in Wembley have sent a petition to Brent Council officers and elected members demanding urgent action on traffic concerns on Lyon Park Avenue, Wembley, a very narrow residential road. The petition has been signed by over 100 locals who are alarmed at inaction by Brent Council to prevent the serious speeding and dangerous driving that occurs on their road.

The petition has been addressed to the Chief Executive, the Leader of The Council, the Head of Transport in Brent, Brent North MP and local ward Councillors for Wembley Central and Alperton.  This step by residents follows several months of communication with Brent Council officers who have so far refused to commit to any quick actions to alleviate the traffic issues.

Lead petitioners Kay Carroll and Paul Bambridge along with local ward Councillor for Alperton, Anton Georgiou, had an online meeting with a Brent Council officer to request immediate measures before lockdown 2 ended, such as traffic enforcement and additional 20mph signs and Vehicle Activated Signs.  They discussed the traffic survey conducted by Brent Council on Lyon Park Avenue which showed 4,039 speeding vehicles on the road in just one week, some at 40 and 50mph.

Brent Council blame lack of funding for their inability to act fast on residents’ concerns, so far they haven’t contacted the local police to undertake any traffic enforcement action and by the middle of December they can’t even advise how much the extra signage might cost.

Residents are appalled Brent Council are ignoring our pleas for urgent action regarding speeding traffic on our road. Families should feel safe where they live and when they walk their children to school. We need enforcement action and proper solutions now before there is a truly serious incident.

I am fully supportive of residents’ calls for quick action to deal with the traffic concerns on Lyon Park Avenue. The road is used as a through route for drivers seeking to avoid Ealing Road traffic and this has meant an increase in speeding. It must also be noted this is a busy road for pedestrians and many families and children use it to walk to and from the local schools. The lack of funding argument doesn’t quite add up, surely safety must be a priority – Brent has over £129 million in CIL money, it is about time some of this is spent on urgently dealing with issues like this.