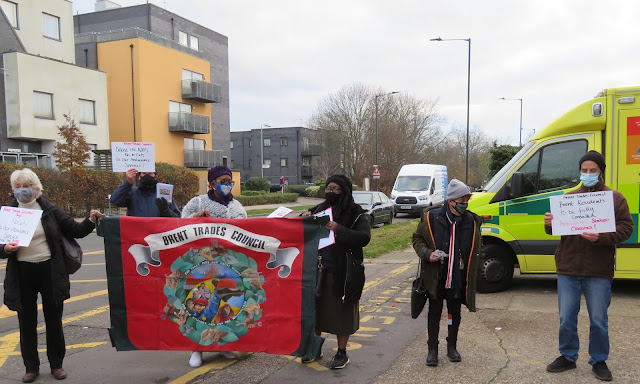 Cllr Ketan Sheth confirmed via Twitter this afternoon that the Wembley Ambulance Station closure had gone ahead on December 1st.

Cllr Sheth is Chair of the Community and Wellbeing Scrutiny Committee that discussed the proposed closure as an emergency item at their last meeting.  Having heard  the London Ambulance Service at the meeting, members were not satisfied and particulalrly concerned that there had been no consultation with councillors or the public as required by statute.

The Committee recommended that the closure be paused while a full public consultation was carried out.

They have been ignored.

Brent Trades Council launched a campaign to stop the closure and set up a petition addressed to the  the head of the London Ambulance Service calling for the closure of Wembley and other ambulance stations to stop.

They have been ignored.