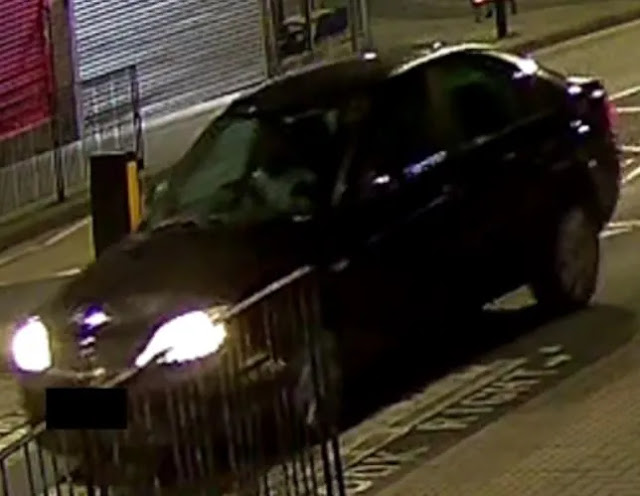 Ford Mondeo at the scene

Detectives investigating the murder of a teenage boy in Brent are appealing for assistance from the public and in particular want information about a car connected to the killing.

They are also appealing for a van driver who stopped briefly near to the scene to come forward as a potentially vital witness.

Police were called to a boy with stab injuries in Preston Road, Brent shortly after 23:30hrs on Thursday, 18 February. The victim has been identified as 16-year-old Drekwon Patterson from the Wembley area.

He was treated at the scene before being taken to hospital. Despite the efforts of emergency services, he died shortly before 09:00hrs on Friday, 19 February.

Specialist officers are supporting Drekwon’s family. A post-mortem examination will be held in due course.

We have been working intensively since Drekwon’s killing to establish what happened on Thursday night and to find the people responsible.

Our investigation has included detailed forensic analysis and an intensive search for, and of, relevant CCTV material. These and other lines of enquiry are continuing, and I can assure Drekwon’s family and the local community of our total commitment to bringing those responsible to justice.

We have been well supported by the public in and around Preston Road and further afield, and I am appealing for their help today. I need to hear from any witnesses or anyone with information about this tragic murder – if you know anything that may be significant, please get in touch.

In particular, I need to find out more information about a car – a black Ford Mondeo, using registration number YR54 NHN – which was seen on CCTV driving away from the scene and found burnt out in Silver Jubilee Park, NW9 on Friday 19 February.

I believe this car was used in an initial attempt to injure Drekwon in a collision on Preston Road. After the Mondeo had been driven at him, Drekwon ran away and was chased by four suspects who had got out of the car, before being caught and fatally stabbed.

We have to yet to establish who was using this Mondeo in the days leading up to the murder, and I am appealing for anyone who may have seen it to get in touch. This is a fairly large vehicle and quite old, so it would have been noticed. It is possible that the car appeared suspicious and wasn’t familiar to local residents in the area where it was parked, or maybe people using the car were seen behaving suspiciously.

This car is clearly a key line of inquiry, and I am asking everyone – in particular people in north-west London – to think carefully about whether they have seen this Ford Mondeo and who may have been using it.

I also want to trace the driver of a van, which was seen on CCCTV to stop briefly near to the scene, who might have witnessed a crucial part of the incident. I am appealing for that driver to please come forward as a witness.

There has been no arrest at this stage.

Officers from the Met’s North West Command Unit continue to conduct additional patrols in the area. Local residents are urged to speak with these officers if they have any information or concerns.