Muhammed Butt calls for unity in the face of attempts to cause community conflict. Barry Gardiner urges community to leave intervention to the police. Police step up patrols of places of worship.

Muhammed Butt, leader of Brent Council,  took to social media this morning to call for unity in the face of rumours concerning possible demonstrations outside places of workship today. He said:

Brent Council is a great example of our communities living and working together for a future full of hope and ambition for all. There is no space for hatred or division in Brent. Those who conspire for hate and division you are not welcome. We will be United against your hatred.

Brent Council had earlier issued a video appeal from faith leaders  on Twitter - unfortunately the sound is poor. LINK
The rumours started about a possible demonstration outside the Mandir in Ealing Road, Wembley  which Valent Projects was unable to trace but cited attempts by  'foreign networks' aimed at causing sectarian strife. 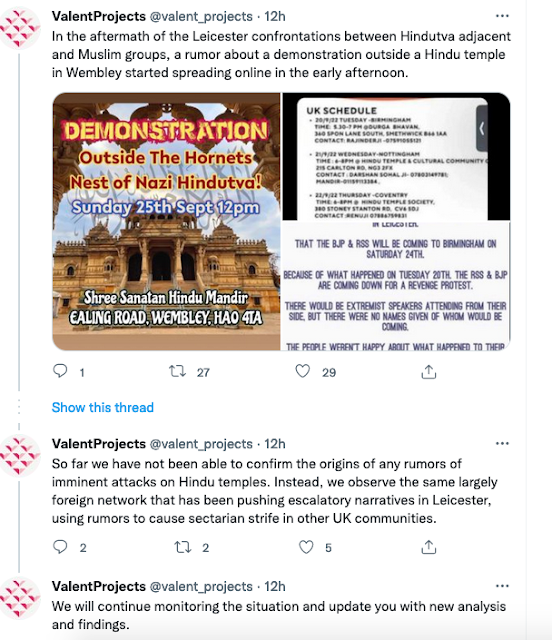 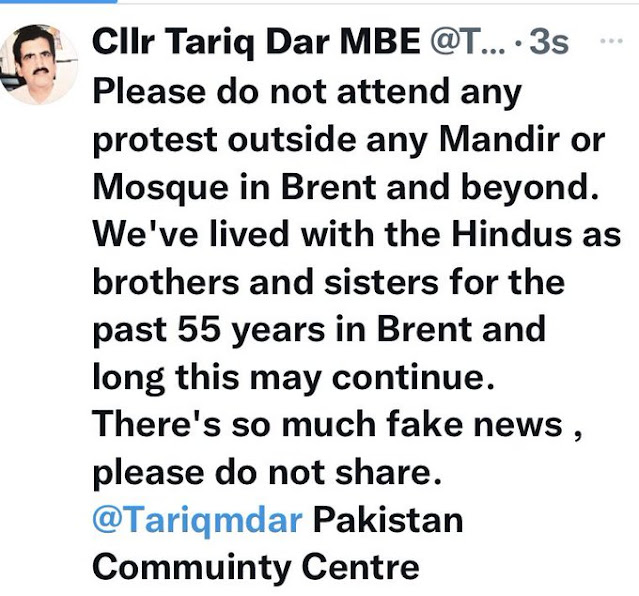 Barry Gardiner MP yesterday advised the community to leave matters to the police:

I’ve contacted the police about the incitement to demonstrate at a Hindu temple in my constituency tomorrow. Anyone thinking of demonstrating should stay away and recognise that hate crimes carry jail sentences. Hindus should not go to “defend” the mandir. That is the police job.

An intervention by Bob Blackman, Harrow East Conservative MP , in a letter to the new Home Secretary, Suella Barverman last week, appeared to be unhelpfully one-sided: 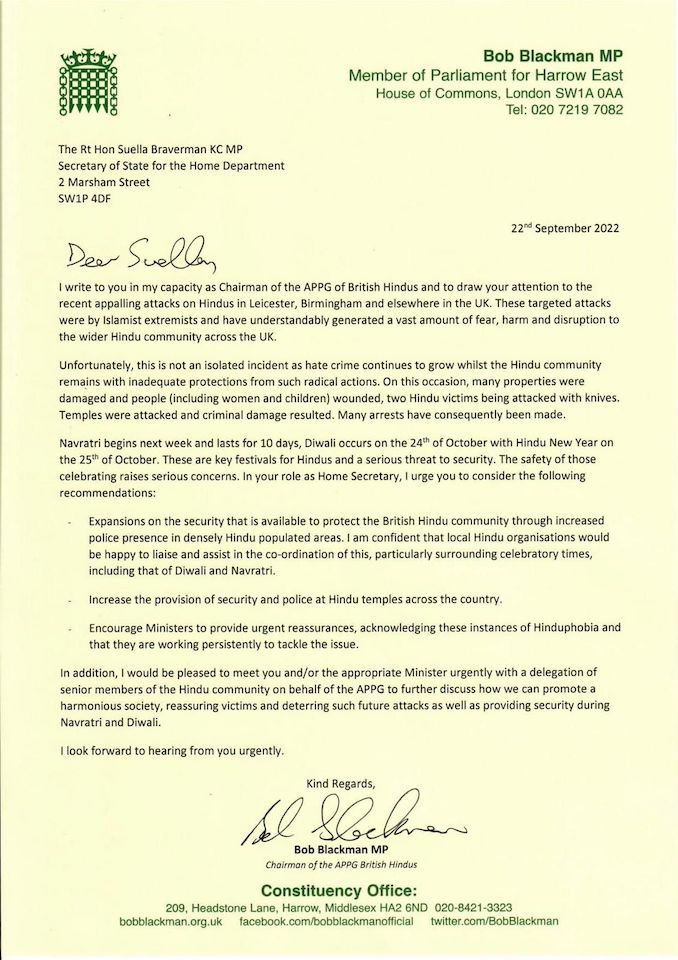 Brent police yetserday said they were aware of the rumours and today stepped up patrols on Brent places of worship and tweeted a photograph of police at the Ealing Road Mandir. 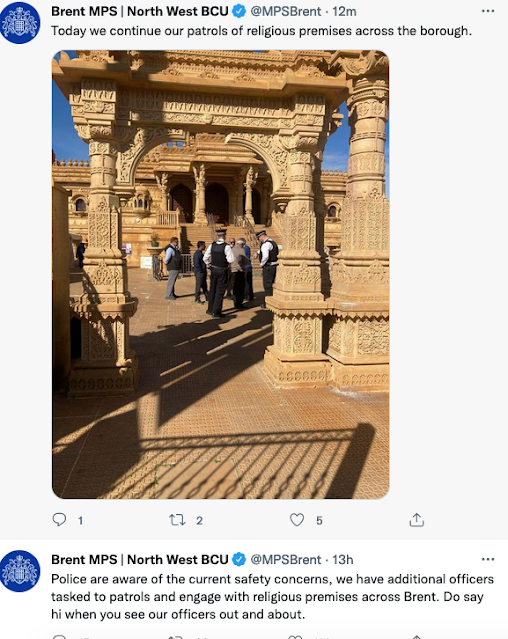 Cllr Anton Georgiou, an Alperton councillor, was on the case early on and had written to his ward constituents:

I am very concerned about the events in Leicester that have been raised with me by several residents in Alperton and across the borough. It is disturbing to see tensions escalate in this way. No one should live in fear of the possibility of being attacked or harmed based on ethnicity or religious belief.

On Thursday, at a meeting with senior Police officers, including the Borough Commander, Sara Leach this issue was raised. The Police are aware that from Monday many in our area will begin Navratri celebrations. The Police have been provided with details of events. This coming Wednesday there will be a meeting between the Police and members of the community which I hope will reassure all on the steps the Police will be taking to guarantee residents are safeguarded over this Festival period and as we also approach Diwali next month.

I have already reported the possibility that a demonstration will take place tomorrow outside the Mandir on Ealing Road to the Police and Chief Executive of Brent Council. A resident had already sent me this information. When I hear back, I can update.

Be assured, I will continue to do what I can to highlight this issue. If you receive any further messages or details of any demonstrations taking place in Brent please let me know in the first instance, as I will inform the Police immediately.

No matter what community we are from, we all stand together when se say Cllr Butt can’t run the council. Unity from council instilled division.