A new thorn in the side for the Brent Council Executive? 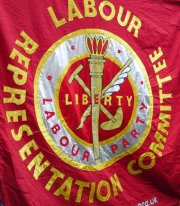 A Brent branch of the LRC (Labour Representation Committee) is to be launched tomorrow.

The LRC takes its name from the 1900 committee which was the forerunner of the Labour Party. Its chair is John McDonnell MP and its group in the Commons are known as the Socialist Campaign Group. Jeremy Corbyn MP is a prominent member. The journal Labour Briefing is associated with the group.

The LRC which is said to have about 1,000 members is open to Labour Party members and socialists who do not stand against the Labour Party in elections. It is supported by several unions including ASLEF, CWU, FBU and the RMT.

The LRC has a website HERE  which is not as dynamic as I expected it to be, Only one of the policy statements has received any comments and as far as I can see the blog postings have received no comments at all. Things will need to be a little livelier in Brent if it is to make any impact and it will be interesting to see how relationships develop with the recently formed Brent TUSC (Trade Unionist and Socialist Coalition) LINK  as well as Brent Fightback, which includes independent, Labour, SWP, Socialist and Green Party members.  A major issue is likely to be the position Labour councillors should take on the forthcoming budget, a possible rise in Council Tax and the iimplementation of cuts.

Activists and left wing Labour Party members in the Brent area have agreed to come together to organise a local section of the Labour Representation Committee (LRC) - the organisation that aims to make the Labour Party represent the working class and fight for its interests.

All are welcome - Labour Party and non-Labour members.

The original Labour Representation Committee was formed in 1900 to fight for political representation for the Labour Movement. In Britain today we face a similar crisis of representation. The LRC has been re-formed to secure a voice for socialists within the Labour Party, the unions, and Parliament.

Never in the history of the Labour Party has the need been so great to make the case for peace and socialism. The advocates of global capitalism and war have taken control of the political agenda. The task for today's LRC, founded in 2004, is to fight for power within the Labour Party and trade unions and to appeal to the tens of thousands who have turned away from Labour in disillusion and despair. Therefore we are calling upon all socialists, Labour Party and trade union members, constituency Labour parties and union branches to join our campaign and join or affiliate to the LRC.

The LRC is a democratic organisation committed to fighting for a socialist future:

- We need a foreign policy based upon peace, justice and solidarity
- Britain is a more unequal society than at any time since the Second World War. The LRC is fighting for a living wage, a decent state pension, council housing and public services run to meet our needs not sold off for private profit
- All people are equal. We believe in fighting all forms of prejudice and discrimination
- With global capitalism in control of the political agenda, there is an urgent need for a major shift of wealth and power in favour of ordinary people
- The LRC was setup to fight for workers’ rights, civil liberties and political representation
- With the planet on the brink of environmental catastrophe New Labour’s answer is more nuclear power and an expansion of aviation. We need a green energy policy based on renewable and the development of public transport

This is an exciting time to join the LRC – we are continuing to grow rapidly as Labour supporters, trade unionists and other socialists look to develop a radical agenda around which the movement can unite in the face of the resurgent Tory threat.

We have local LRC groups right across the country bringing together socialists and trade unionists to fight local campaigns.