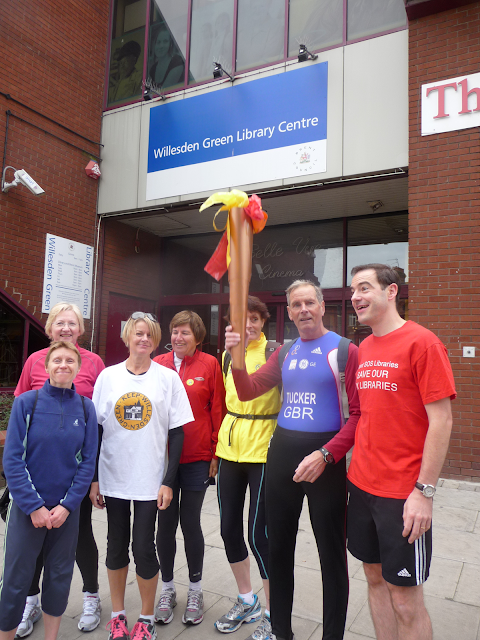 The 'Light of Learning' runners called into Willesden Green Library this morning as they processed around the borough's closed down libraries to mark the first anniversary of Brent Council's act of cultural vandalism.

There were readings and other events at each venue. At Willesden I read Ghost Town by Nick Toczek and dedicated it to Brent councillors.

The crowd joined in the chorus with enthusiasm:

More pictures from Willesden on www.keepwillesdengreen.blogspot.co.uk

I would welcome photographs from the events at the other libraries to publish on this website. e-mail them to me at mafran@globalnet.co.uk