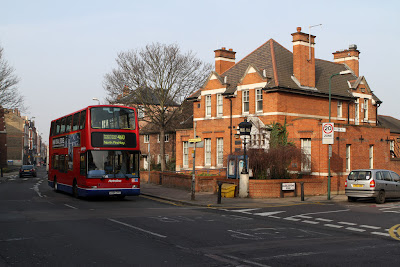 Brent Council Leader Muhammed Butt has urged the government to reconsider its plans to close Willesden Police Station as part of a dramatic programme of cuts as Cllr Butt has grave concerns that this will endanger thousands of residents.

The station, which is one of only four in the borough, will be sold off as part of the government’s 12% cut to The Metropolitan Police, which has already seen 1,777 police officers and 1,800 PCSOs lost across the capital in the past two years.

The news of the station closure was announced despite figures that show that burglaries in the borough have already increased by almost 15% since the beginning of this year despite a reported average fall across the capital.

Metropolitan Police figures also reveal that over the last 12 months, there has been more than double the number of crimes in Brent than in the neighbouring borough of Harrow.

Cllr Butt criticised the government’s reckless approach to cutting the emergency services back too far and too fast, noting that the announcement about the police station closure comes less than a week after leaked documents revealed that two of the three fire stations in the borough could face closure as result of a severe 25% budget cut to fire services.

This is in addition to the swiftly announced plans in 2010 to close a quarter of London’s 24 A&Es, forcing each of those remaining to cater for an average of 120,000 extra residents with little time to plan how to implement the changes without endangering lives.

Cllr Butt said, ‘Thousands of people requiring the vital help of the emergency services are having their safety compromised and lives endangered. The closure of Willesden Police Station, one of the busiest in the capital, will have devastating consequences for a community that still suffers from high levels of crime and anti-social behaviour. The fact that Sarah Teather and Nick Clegg are supporting this is a disgrace. Brent residents deserve to have their local MP on their side.’

Brent North MP Barry Gardiner said, ‘This is just one more example of the strain this government is placing on local services. Police numbers have declined and our Neighbourhood teams in Brent have lost 60 officers and PCSOs. Our police do a great job. We should be supporting them not cutting off all support.’

If the local station in Willesden had been more responsive to crime outside their own station, the police might have been able to demonstrate that they are a much-needed service. Unfortunately, prostitution, burglary and muggings, continue unpoliced on the Willesden station doorstep. What we need is a more responsive force, less bound by red tape and the costs that currently go with the bureaucracy of law enforcement. Making an arrest has become more than a Policeman's job's worth. Keeping a station open is clearly more than a council's job's worth, particularly when there is a fast buck to be made in "Regenerating" the land it sits on. Priorities seem to have shifted to maximising profit and cash flow while the interests of the public are being neglected.