Brent, Hammersmith and Ealing march together to save hospitals

Refusing to be divided from one another with localist claims of one hospital against another, campaigners from Brent, Ealing and Hammersmith and Fulham marched to gather on Saturday calling for ALL the hospital A&E departments in the area to be saved, thus preventing the eventual running down of the main hospitals.

Speakers included the Leader of Ealing Council and a Conservative councillor from Hammersmith. Muhammed Butt, leader of Brent Council, joined the march briefly before going off  another official engagement.

However it was the speeches from hospital workers, patients, trade unionists (including Christine Blower, General Secretary of the NUT) and a mother of 5 children which really galvanised the crowd.  Pete Firmin, secretary of Brent Trade Union Council, was applauded when he emphasised the need for unity and outlined how the closures were an attack on the most vulnerable in Stonebridge and Harlesden. 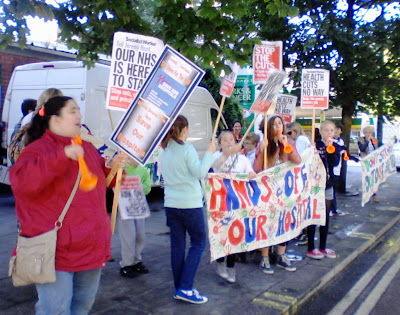 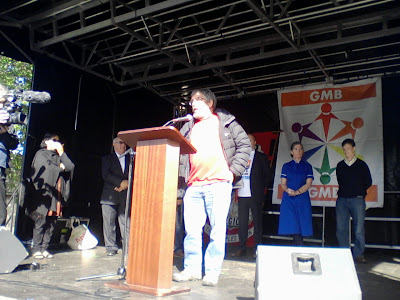 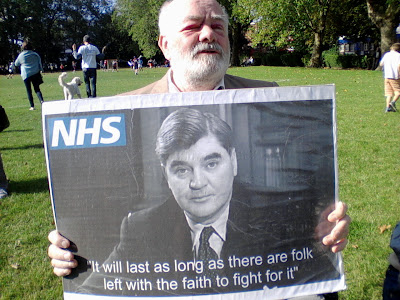 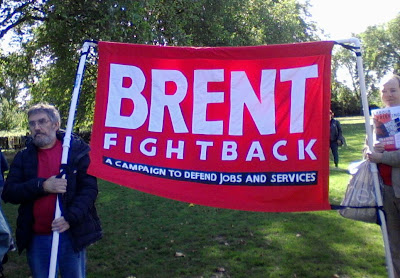 The following comments from the public on the Hammersmith and Fulham Council website about Charing Cross A&E  echo many that have been made about Central Middlesex A&E:

Closing this A&E would mean over-burdening others in West London - the people of Hammersmith need this facility. NHS efficiency drives are to do with saving money, not with saving lives.
Jane Thurston-Hoskins

Has anyone tried getting to the Chelsea and Westminster hospital in a hurry, especially during a Chelsea football match?!!
S Jenner

What are planners thinking of!! Have they ever been to C&W Hospital from almost any direction and any time. Fulham Road is permanently gridlocked even for busses and there is no near by underground.I suppose it is a convenient way of having a quiet A&E. And where do patient go when they have to be admitted. ?To ChX. And why was ChX's A&E department been given an overhaul only recently. I do speak out of experience with both hospitals. ChX is by far the more caring hospital And what if there is an accident on the A4 The so called planners are an absolute disgrace. I could go on!!
Dina Harris

Keep Charing Cross Hospital with a full range of departments. I am disabled; it is my nearest hospital and the most accessible one. I have been well looked after in dealing with my cataracts, hammer toes and mastectomy. I remember it being built, serving a great need.
Patricia Owen

Absolutely agree. Charing Cross is a fantastic hospital with very high standard of care, at the forefront of medical technology and life saving equipment. My son was saved there at 3.5 years old after falling under a car. I have just had a laparoscopy on my gall bladder. I cannot believe what a high standard it is. It is clean, friendly and has super nursing and consultant staff.
Ewa Sylwestrowicz

Your post is (unusually for you) misleading, in that it suggests that the hospitals are to be closed. This is not the case, as you know.

Thanks for pointing this out. I have edited the post. However, there is cause to argue, as outlined by John Lister in his report, that closure of A&E and the subsequent loss of services, leads eventually to the closure of the whole hospital.

Not if the hospital still has a valid function. There is no reason to think that CMH cannot be an elective hospital indefinitely.