Multi-occupancy may increase as result of housing benefits cap 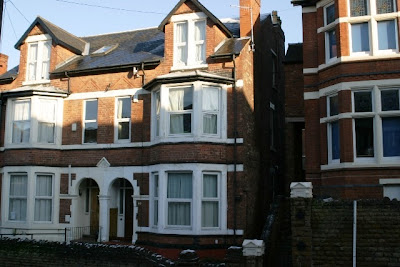 When it became clear that the housing benefit cap would lead to many families being unable to afford their current accommodation it appeared that many would have to seek housing outside of Brent where rents are cheaper. Many families were upset at having to leave job, family and friends and disrupt their children's education. In Brent the Counihan family have exemplified this attachment to home and school as they fight to get rehoused in the borough.

However I have been told that rather than move far away and lose these connections, some families are moving into multi-occupied housing.

Clearly this creates a whole new set of problems regarding over-crowding and possible exploitation by profiteering landlords. It also means that the school population may, if this becomes a common solution, may increase more than expected as places in 'unaffordable' lets are taken uo by families moving out of inner London,  This is a real headache for officers in charge of school expansion as it is hard to predict future trends.

Brent has already encountered the phenomenon of 'beds in sheds' but there are also likely to be unofficial and substandard conversions of houses that may well increase fire and sanitary risks. The possible closure of Willesden and Harlesden fire stations and the Central Middlesex A&E adds to the danger.

Brent Housing will be on the frontline in dealing with these issues and particularly  enforcing licensing and standards. Its website makes clear the difficulties posed by HMOs (Houses in Multiple Occupancy:

It is widely recognised that many HMO residents are among the poorest and most vulnerable in society.

The HMOs that they live in can be particularly difficult to manage and can present a greater risk to occupants than houses occupied by single households. Because of the risks associated with HMOs, licensing for this sector has been introduced.

We are committed to improving housing conditions for people living in HMOs and ensuring that all tenants enjoy the standards of accommodation to which they are entitled to under the law.

Measures available to us range from awarding discretionary grants to carrying out works in default of non-compliant owners and ultimately prosecution.

HMO's have been on the increase for some years. The benefit cap will only increase its customer base.

The very recent case on Willesden Lane demonstrates 12 households will be removed into just one. A low wage earner is hardly going to be able to afford it.