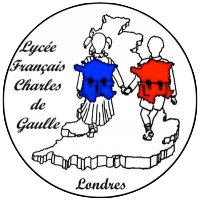 Following my earlier posting on the mysterious bidder for Brent Town Hall I have received the following information.  It seems to make as much sense as any of the other rumours and we know that the French population of London is rising and Wembley Park has good communication links:

There are rumours that it might have been purchased by the French to open  a French secondary school just for their French children to carry on with  their French education over here in the UK.

Certainly Brent Town Hall features in a document from the French Embassy on school places provision issued by the French Embassy in July. It appears to be among several possible sites in the suburbs  with a site in Queens Park also named.  All share the disadvantage that French parents are unlikely to want to see their children commute out of Central London. See section III
Posted by Martin Francis at 15:07:00

A French bid was made and they've said they will go for if accepted. No official statement yet but school would need to be ready autumn 2014 for all the current students to get a place in secondary schools which means they can't waste time looking around any longer.