Fo! about FoI to Brent Council results in no information held! 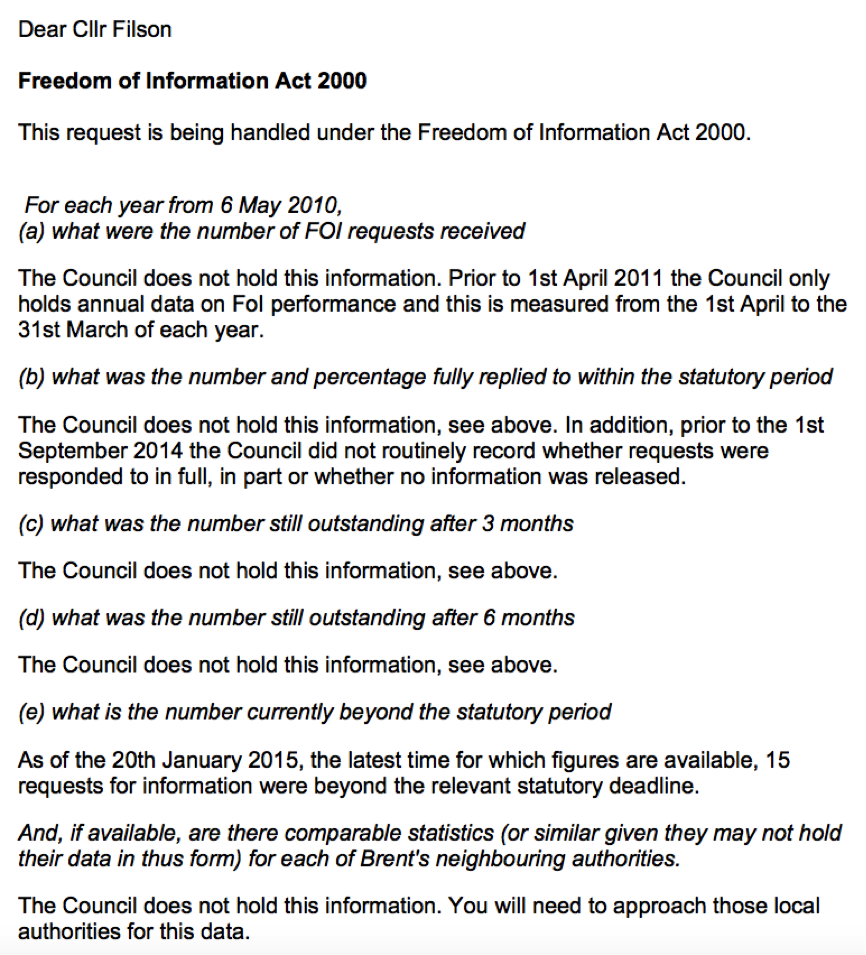 I am still waiting for the answer to an FoI request made on November 28th 2014. I hasd heard that the maintenance of large trees had been left out of the Publc Realm contract in which Veolia took over parks maintenance. It had been suggested to me that this was an oversight that would result in additional expenditure.

This is the  response to my intial request:


1. State who is responsible for safety checks, maintenance, felling and replacement
of trees in Brent's parks, open spaces and cemeteries.

The Contractor is only responsible for minor tree works which can be carried out
whilst working at ground level. The Council is responsible for major tree works.
Grounds maintenance staff from Veolia and the Council’s monitoring officers
(horticulture) would look at trees when they are working in the park or carrying out
monitoring visits. The Coucnil would then engage specialist contractors to carry out
the major works.

My follow-up which is still awaiting a response:
HERE