Leeks the most interesting item at Brent Council meeting 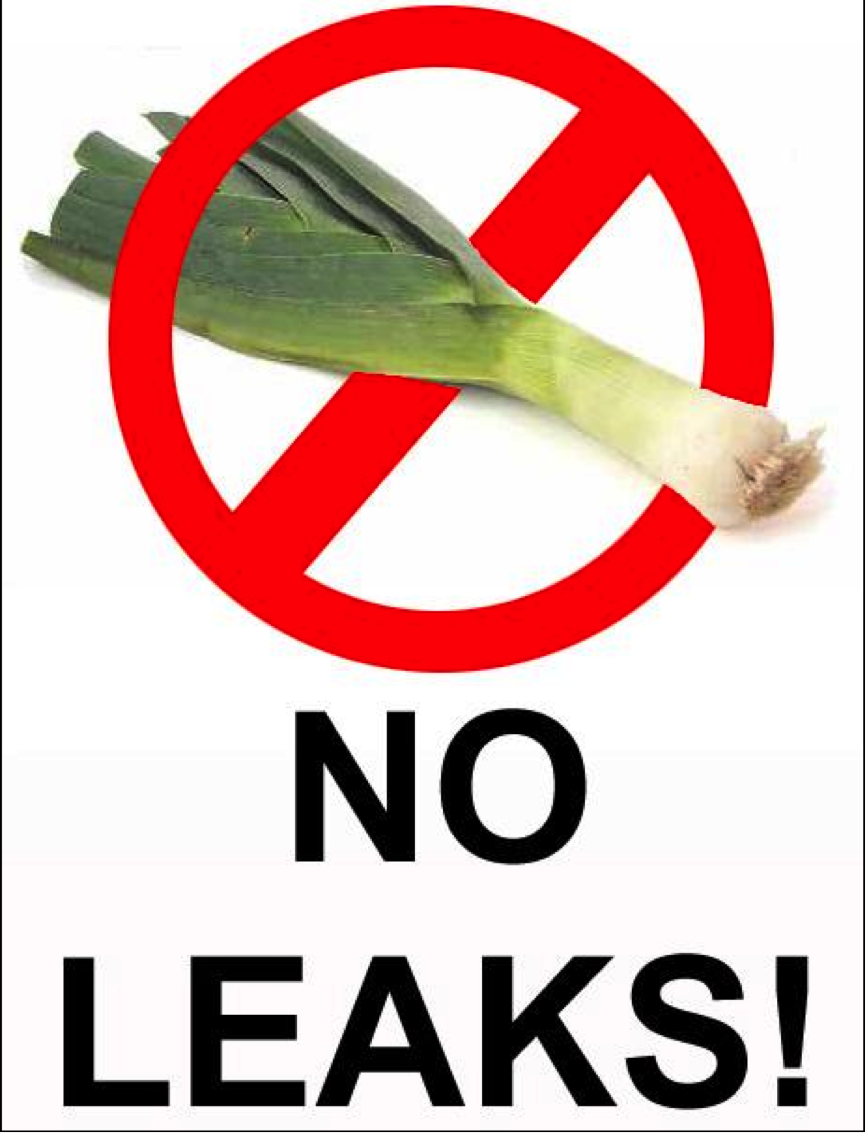 The presentation followed mounting concern in Brent Labour Party over leaks from the Labour Group and meetings of the party to Wembley Matters.

The councillors instantly realised what was meant by the gesture and took it in good part, appearing to laugh it off:

Most of the meeting went according to the script published in my previous blog LINK with planted questions from backbench Labour councillors and pre-prepared answers from Cabinet members. There was what appeared to be a genuine question from Cllr Neil Nerva asking about the extent and quality of consultation over the Constitutional Amendments that had been tabled.  He was concerned about the impact on whistleblowers. One of the amendments, as Cllr John Warren pointed out for the Brondesbury Park Tories, bars council workers from talking to councillors about employment issues.

The report of the chair of Scrutiny Committee was noteworthy for its almost complete lack of content.

The Council approved without discussion a report on Council Tax Support. Although this put put forward only minor changes it proposed a full review before the 2016-17 financial year.

This follows a report on the same day that revealed that Brent Council had only spent 20% of its local welfare assistance fund which is meant to be crisis support for vulnerable families.
Posted by Martin Francis at 14:43:00

While I'm a fan of Ms Punjabi's work in general, I wonder whether giving the protectors of the corrupt racial bullies Davani and Gilbert a chance to publicly appear to be 'good sports', is really a good idea.

Is tweeting snide, ad hominem bile her full-time job, then?

Ms. Punjabi is also not her real name.

She tweets under a pseudonym, presumably on the basis that she doesn't want people to know how nasty she really is.

Why no mention of the Brondesbury Park Conservatives' motion calling for a vote of no confidence in Cllr Butt?

Wouldn't it be a sad and philistine world if the only thing considered as work was that which somebody hired our time for and paid us to do?

I though that was covered by my comment that most of the meeting went according to the script previously published on my blog. It was not a No Confidence motion as such but one seeking Butt to make Standing Orders changes so that a No Confidence could be put. See full motion: http://www.wembleymatters.blogspot.co.uk/2015/01/brent-central-tories-select-mendoza-and.html

Things went as predicted. The motion was proposed, the Kenton Conservatives treated it with disdain, abstaining, and Labour voted it down.

There is a continuing problem at Council meetings that motions are not published on the Council website, they are not projected on the screen during the meeting, and no paper copies are available. That means the public & press hear the discussion but don't have access to the text being discussed. I am only assuming that the motion put was the same one as I carried on my blog some time ago. It may have been changed in the interim.

I thought you'd at least take the mick out of Sam Stopp for quoting Shakespeare AGAIN!

He even slipped in a Disraeli quote, but pretended it was his own!

If there's one thing you can rely on Ms Punjabi for its some highly entertaining p**s-taking of those in power and judging by the response of 15.37 (who I'd wager is either a Labour councillor or a Labour supporter) she is hitting her target more often than not.

Sorry folks, I am failing you! Went to the pub with a mate after the meeting and then worked this morning so short piece. I did switch off during the set piece speeches, I confess.

Was it Cllr John Warren?

If you're trying to say I posted the comment at 16.10 myself you clearly haven't been paying attention as I would never, ever put asterisks in swear words. Do try to keep up.

Very similar to John Warren, except in terms of gender, ethnicity, politics and image of own importance.

Hard for anyone to drink with him after his boast that the Brondesbury Park Tories now have more council members than the Kenton Tories and are thus the majority opposition party. Sent to his 7 followers on Twitter and repeated at Council last night.

Interested to see your comment that "The report of the chair of Scrutiny Committee was noteworthy for its almost complete lack of content.". I was watching online and didn't hear any mention of scrutiny, I must have blinked at that moment.

http://www.theguardian.com/society/2015/jan/14/money-set-aside-local-welfare-left-unspent-study (scroll down to table).

The obvious questions are why, and what happened to the remaining 80%? Did it revert to central government coffers?

John Warren/Brondesbury Park's followers have gone up by over 50% since yesterday due to the exposure this blog has given him!

Anon 15.39, you've shattered my faith in humanity! Next you'll be claiming that her first name isn't even Pukkah!
Is there no limit to her fiendishness?

Blimey. "Activist tweets under pseudonym". Have you rung Private Eye?

I thought everyone knew my real name is Wembley Roger Matters. 'Martin Francis' is just a pseudonym I started using in honour of the well known historian of the Conservative Party.

Or did it go to the Emergency Welfare Contingency Fund for HR Litigation Victims and Employment Tribunal Appellants?

I question your lack of scrutiny, then.

Martin - would you do a deal with the Brondesbury Three if it meant getting Green councillors?

Martin - everyone knows your real name is Pukkah Punjabi.

Cllr Sam Stopp has kindly made his speech available, complete with Shakespeare quotes, exclusively on his blog. No pay wall. http://www.samstopp.co.uk/

Top marks for persistence but zero for political acumen. I sentence you to reading this blog more regularly despite the Mofia ban. 50 years ago I was escorted out of the House of Commons for shouting at Alec Douglas-Home over arms for the apartheid regine in South Africa. The Tories have been anathema to me for even longer than that. Other confrontations with Jeffrey Archer and Robert Maxwell. I leave it to you to decide if Warren & Co live up up to to their 'standards'

Seriously, if Greens stand in the forthcoming Brent council by-election/s it will be on an anti-austerity anti-cuts anti-racist platform with a promise to hold the Council to account.

Shouting at Alec Douglas-Home! You bully! Poor old desiccated stick insect, I doubt if anyone had told him we were flogging arms to South Africa anyway (apart from a few jolly nice Brownings and the odd Purdey for a bit of rough shooting).
So many other targets too: Patrick Wall, Sir Cyril Black, Cyril Osborne, Sunken Glands...... great names, great names. When will we see their like again.......

Less of the 'old' Mike. He was nearly 7 years younger then, than I am now.

Sam Stopp has so far made two speeches in full council.

Who here thinks a Sam Stopp speech is worth £1,000? I'd rather listen to a lecture by a leek.

It seems Shakespeare Stopp has caused quite a bit of outrage with his latest attack on the Greens too ... http://www.samstopp.co.uk/354/

Part of the problem in Tower Hamlets is that Mayor Lutfur was elected ( note the pending Election Court ) on a local Tower Hamlets First ticket - not that of a national political party . Brent is a Labour Council - it would hardly be a surprise if the national party starts to take an interest re what is going on in its name. The antics surrounding the potential byelections has not enhanced MBs image outside Brent