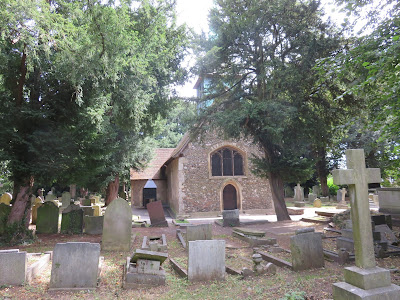 The churchyard at Old St Andrew's Church in Kingsbury has been cleared of vegetation, including brambles and elder, which had covered and concealed many of the graves for years. Apart from revealing many fascinating headstones it also reveals considerable damage to graves including fallen headstones, subsidence of graves and gaping holes in some vaults.

Old St Andrew's is Brent's only Grade 1 listed building and the oldest building in the borough dating from before 1100.  The graves appear more recent but are hard to date because inscriptions on the oldest headstones have been worn away.

According to the incumbent, Father Jason Rendell, the last burial in the churchyard was in 2003.

The churchyard includes many fine yew trees and is at its best in the Spring when snowdrops, violets and bluebells can be found.  It is amazingly peaceful for a site surrounded by suburban  development and where yesterday the roars from Wembley Stadium could be heard.

A proposal to close the churchyard for future burials has been tabled with the closing date for comments tomorrow. Parishioners who have reserved their places will be unaffected by the closure. (Details below)

Once the churchyard is closed, a process that may take a year, Brent Council will take over the maintenance. An electronic survey of the graves  is to be undertaken which will record the position, condition and inscription of each grave. There will also be a tree survey and self-seeded trees will be removed opening up the churchyard to more light.

The churchyard is overcrowded and there was a proposal in the 1930s to open a lawn cemetery nearby on ground now occupied by the Birchen Grove allotments, Welsh Environmental Study Centre and the Garden Centre. As far as I can ascertain that site is still consecrated ground. The chapel for the proposed cemetery still stands and houses Energy Solutions.

I sometimes visit the churchyard with primary classes and it is interesting how they overcome initial fear  to become fascinated by the social history recorded by the graves including infant mortality, references to the two world wars and the verses on many of the graves. Those children whose first language is not English can be confused.  'Is there really someone sleeping under there?' one asked me pointing to a huge stone slab.  There follows a lesson about euphemisms and an eager search for examples.

Influenced by the peace and the surroundings children often initiate profound discussions about death and religion. Some children who are refugees from conflict open up about their experience and their family losses. 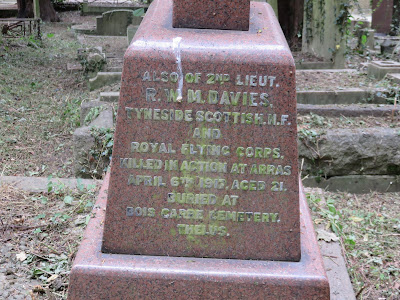 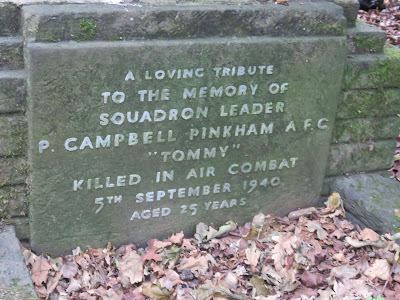 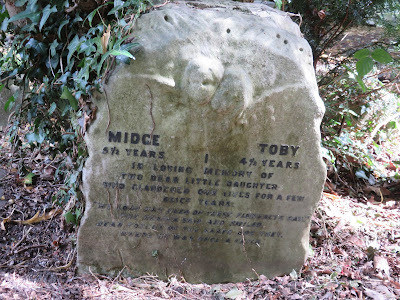 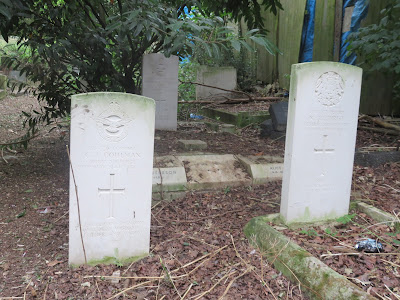 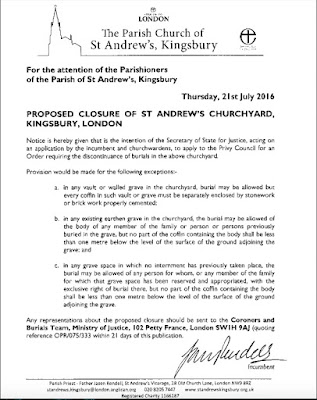 I am so pleased that this work has been carried out Respect to the deceased that were burried here is due and I am sure that their lives are the source of many interesting stories. I hope that this site will be well looked after.

Anyone who would like to discover more about the fascinating history of Old St Andrew's Church can find an illustrated online article about it on the Brent Archives website at:
https://www.brent.gov.uk/media/3023979/St%20Andrews%20Old%20Church%20-%20Kingsbury.pdf