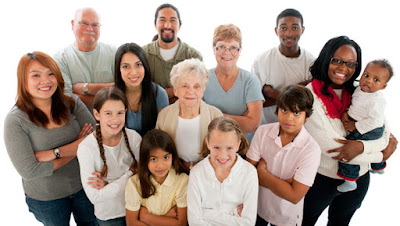 As reports rise of post-Brexit racist attacks, a study shows that British people who reject multi-culturalism experience more stress and fail to fit in. Psychologists at Brunel University London studied how immigration affects the daily life and well-being of 800 British, American, German, Chinese and Indian nationals.

They found people who live in their home country and connect with their national culture had higher life satisfaction than people who don’t. And those who embrace other cultures around them experience less stress.

"We found that the more you interact and identify with other cultures, the more you become interested in your own culture,” said Dr Katharina Lefringhausen.

As of the beginning of 2016, an estimated nearly nine million people who live in the UK were born in other countries, including some British nationals.

This psychological study is the first to investigate how multi-culturalism reshapes the cultural identity, beliefs and behaviour of people in the host communities. It also asked interviewees if they felt they benefited from cultural diversity.

For Europeans and Americans, the results, in published in Cross-Cultural Research, showed adapting to other cultures and therefore embracing immigration, actually strengthened national cultures.

The team also measured life satisfaction, the psychological impact of adapting to a new culture and how people reacted to cultural differences.

“Far right groups claim different cultures are a threat, globalisation is taking over and you either get sucked into it or separate yourself from it,” explained Dr Katharina Lefringhausen.

“This shows from a psychological perspective that like migrants, nationals can simultaneously embrace their own culture and other cultures surrounding them in their own country.

“This is the first time it has been supported statistically and across different countries.

Dr Lefringhausen calls for a shift in focus: “Especially now in the light of Brexit and growing far-right movements across Europe, politicians, educators and the media need to support the integration of locals alongside the integration of migrants. People thrive more by having both.”

“It knocks on the head the notion that immigration threatens conservative values by diluting national identity, traditions and beliefs,” she added.

The researchers now recommend that there should be more studies to look at ways to encourage people who were born abroad to integrate in local communities, education and at work.
Posted by Martin Francis at 17:32:00

That explains why Davani had so much time off. Poor dear was stressed.

Wembley Futures produced a very enjoyable "Heart of Wembley Festival on 16th July 2016 to celebrate they have funding from Local Trust and Big Lottery to distribute throughout the Wembley Central community. A great day that was well supported by all the residents of Wembley Central and no incidents to report. Unity in Community. This is what we should celebrate.