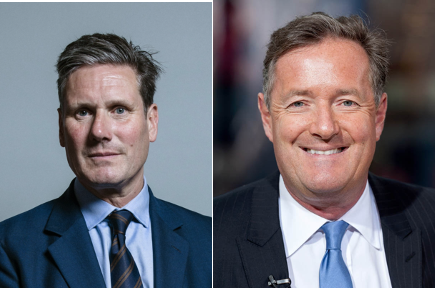 Spot the Leader of the Opposition

Brent Central  Constituency Labour Party last night passed a motion condemning Keir Starmer's position of pressing for schools to stay open as cases rose during the pandemic. Secen members of the CLP voted against the motion on the grounds that the leader of the party should not be publicly attacked. They agreed with the demands of the of the motion. Starmer's failure to hold the government to account was contrasted with the robust efforts of Piers Morgan and Susanna Reid on Good Morning Britain.

Brent Central CLP congratulates Dawn Butler and others in supporting the coalition of trade unions – particularly the NEU and UNISON – and other organisations which called for learning to be shifted to remote teaching and learning, and for schools to be physically closed except to key worker children and those deemed vulnerable.

We condemn Keir Starmer's failure to oppose the government stance of keeping all [schools] physically opened, contrary to the scientific evidence that supported closure. This led to millions of primary children attending school on 4 January 2020 before the government was compelled by the weight of scientific evidence, the unions, Labour councils, MPs and wider public pressure to close them. This one day of mixing is likely to have risked teachers, support staff, parents, grandparents and other members of the community to coronavirus.

I suppose the 7 comrades who voted against looked towards Russia and realised what can happen to people who publicly attack the Leader.

Paul, do you really think the Russian comparison is a laughing matter? No doubt Labour eating itself amuses you. But that can’t justify making light of the terrifying circumstances political opponents live (and die) under in that country, can it?