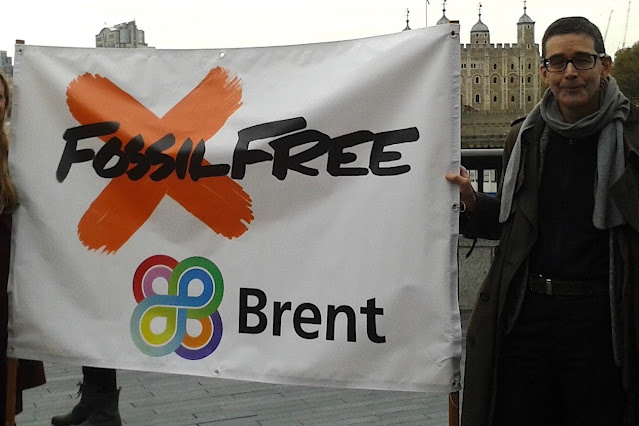 Divest Brent, the campaign calling on the Council to sell their holdings in fossil fuel companies like Shell, BP and ExxonMobil, received a boost after submitting a Freedom of Information request to the Council. In responding to this request the Council admitted that over the last year the Pension Fund was worth £8 million less as a result of not having divested the Fund from fossil fuel investments before the Covid pandemic. The Council is actually doing significantly better than many authorities – over the last 4 years local authority pension funds have lost £2 billion of value in fossil fuel stocks.

Up until now the leading argument against divestment had been the consistently high returns from these investments. Divest Brent Co-ordinator, Simon Erskine, said that historically it was true that fossil fuel companies had been a key part of any pension fund – and indeed any investment portfolio – due to the high level of returns:

The world has moved on and now not only do many people think that it is inappropriate to lend support, through investment, to fossil fuel companies but the entire economic situation has changed, with plunging share values. If we are to meet the net zero by 2050 target (i.e. reduce carbon emissions by 2050 so that they are no more than the amount absorbed by planting trees and other means) we have to make dramatic reductions in the amount of fossil fuels that we burn – and ultimately stop burning them altogether.

If governments fail in their duty to bring about those cuts through legislation then fossil fuel companies are also facing a world where electric vehicles are rapidly catching up with, and set to overtake, petrol and diesel vehicles; and where renewable and nuclear energy are rapidly taking over from fossil fuels as the main generators of electricity.

In the meantime Divest Brent has been increasing its support base through its petition, which now boasts nearly 1,400 signatories – including well over 1,100 Brent residents.

Simon Erskine praised the action taken by the Council to date:

The Council has suggested that more money could be invested in the low carbon fund but there is no commitment to do so, despite it having committed to divest as part of its resolution last year to declare a climate and ecological emergency. It is not only Divest Brent that is looking for the Council to divest – more than half of the Councillors want the same thing.

Divest Brent is working with sympathetic councillors and is hopeful that, with the Council currently consulting on its ambitious Climate Emergency Strategy, divestment will be seen as a key part of that strategy.