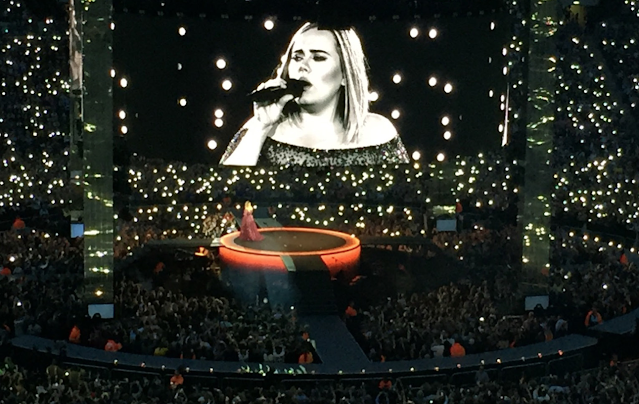 I missed out on a consultation about Wembley Stadium's bid to host more full capacity events at Wembley Stadium because leaflets were not circulated in our area despite the estate being affected greatly by such events, including the curtailing of the 206 bus on event days. The leaflets appear to have been delivered on Christmas Eve.

So far there have been only 18 comments on the Brent Council Planning Portal. Most are against citing the impact of traffic congestion, lack of infrastructure, residents effectively imprisoned at home on event days, almost one major event a week and behaviour of fans. There are also references to the lessons of the Pandemic regarding contagion amongst large, densely packed crowds.

Given Wembley Stadium is unrestricted in terms of the number of events for up to circa 51,000 spectators, the effect of the proposal is, in practice, to allow up to an additional 49,000 for the 9 additional non-sporting events (concerts). Not all events would be expected to be fully attended to these levels, but to ensure a robust assessment the planning analysis and environmental impact assessment (EIA) assume full attendance at all additional events.

The applicants make it clear that the main reasons for the proposed increase are economic based on market competition:

As is the case for a number of businesses across the country, WNSL and the FA have been heavily impacted both operationally and commercially by the COVID pandemic. The Stadium was scheduled to host 30 events (including the Euro 2020 finals) in 2020, with an estimated attendance of over 2 million spectators. Only 1 of these events was actually held with spectators in attendance with a further 15 events held behind closed doors. The impact of these forced cancellations manifested itself immediately in the form of an estimated loss of circa. £300m and 124 redundancies.

It is hoped that by the Spring/Summer of 2021 the Stadium will be able to return to hosting events with a proportion of visitors being in attendance. However, WNSL are working on the basis that a full calendar of “normal” events will most likely only be possible from 2022 onwards and as such want to ensure the Stadium can host the right number and mix of events to support a commercial recovery from the impacts of COVID by both the Stadium and the wider Brent community.

The focus of this future recovery programme is ensuring that the Stadium remains an iconic multi-use venue in London, the United Kingdom and across the world and continues to showcase Brent to this audience. The emergence of Twickenham, the Olympic Stadium and Tottenham Hotspur Stadium as large outdoor venues with the ability to host a range of events has created a more crowded marketplace in which Wembley must compete. In order to do so the Stadium needs the flexibility to respond to the changing commercial booking process for music events. This sees artists looking to book “runs” of events in a block to provide flexibility for (additional) events dates in order to fit into large tour schedules.

The current restriction on music events at the Stadium makes it difficult to provide this level of flexibility and limits the ability of the Stadium to compete against other venues that operate with fewer restrictions and have much greater freedom. It is within this context that the proposed change to the event cap detailed below are being sought.

Meanwhile I have been sent this news which seems rather optimistic:

This season’s Carabao Cup Final between Spurs and Manchester City has been rescheduled and will now take place on Sunday 25 April 2021, with a 4pm kick-off.

It is the objective of the League to stage the Final with as many supporters in attendance as possible and the decision has therefore been taken to move the Final from its original date of Sunday 28 February 2021 to later in the year.

The number of fans permitted will be dependent on Government guidance in place at the time and it is hoped that moving the date to later in the year will give Clubs and their fans the best opportunity to attend in person.