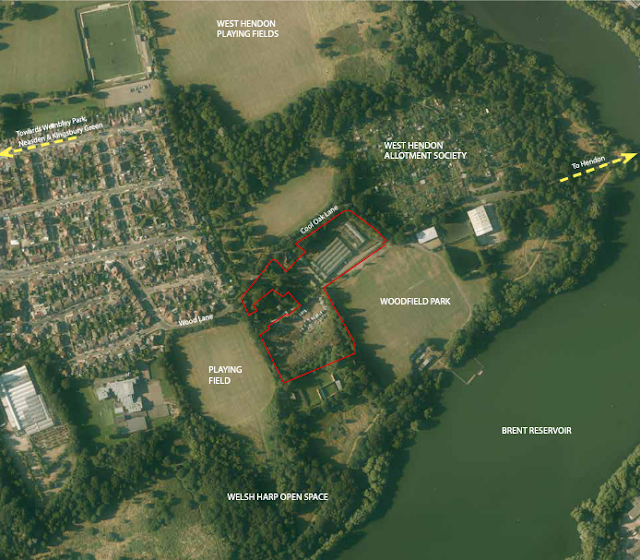 The site (outlined in red) in context 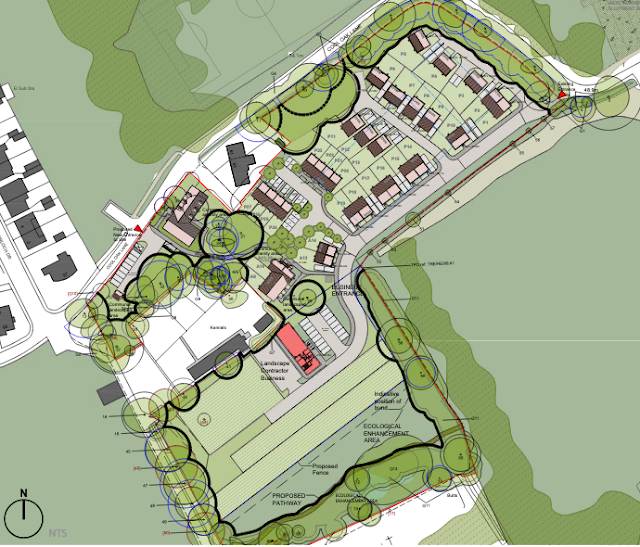 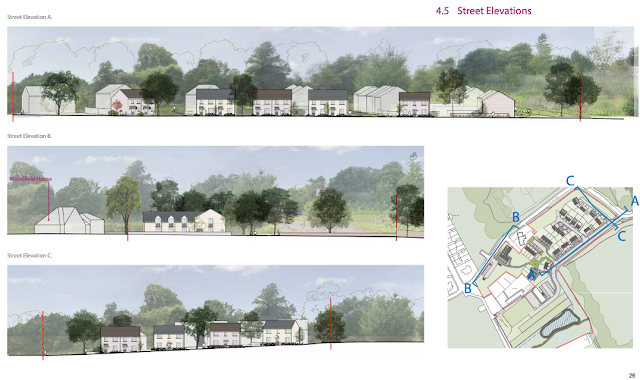 The latest planning application for the redevelopment of the Woodfield Nursery site in Cool Oak Lane, near the Welsh Harp, fronted by Taylor Wimpey has been turned down by Barnet Council.  LINK There have been other applications for this site which at present is occupied by greenhouses and polytunnels in poor condition and some brickbuilt offices, alongside a landscaping business.  It is close to the Brent border and not far from the huge controversial private development, formerly West Hendon social housing,  on the other bank across Cool Oak Bridge.

Barnet Council found that the proposed development would have a detrimental impact on Metropolitan Open Land and rejected the developer's claim that the greenhouses and polytunnels were permanent structures allowing development. The planners ruled that it did not meet the exemptions test for such developments.

In addition officers said that the proposal did not secure the affordable housing, delivery of employment skills and enterprise, or carbon off-setting required. It was a long way from public transport which would increase car ownership.

There were 139 comments on the Barnet planning portal of which 137 were against, one in support and one a general comment. Preservation of the Metropolitan Open Land and the Site of Special Scientific Interest, the importance of a 'green lung' in an over-crowded city, and defence of nature were all prominent. Among the objectors were Hendon Rifle Club, Silver Jubilee Residents Association, the RSPB and Brent Parks Forum. Brent Council also made a submission but it was not available on the portal.

It is unlikely that this is the end of the story!

The only positive thing you could say about this failed application is that it was low rise!!!