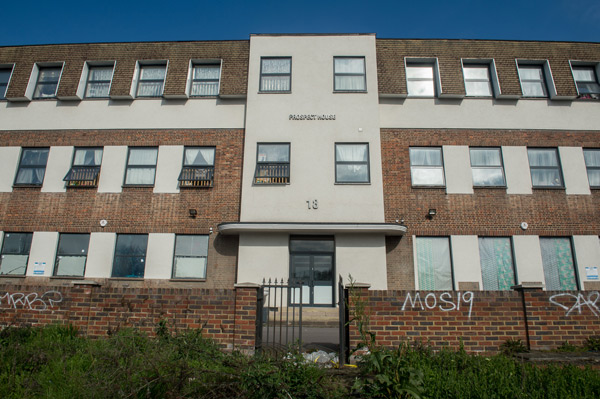 Yesterday former Brent Liberal Democrat councillor, Alison Hopkins, published a thread of intruiging tweets on the goings on around Prospect House in Brent - a conversion from offices to accommodation.

Recently Brent Council has adopted a policy of opposition to such conversions as the resulting accommodation is often of poor quality and low space standards.

Alison has kindly given me permission to publish her the thread as a guest post on Wembley Matters.

It reminds me of a children's book I used to use in class: 'Why are there more questions than answers, Grandad?'

It starts with a story about nurse being evicted from social housing in Prospect House. Brent Council refuses to comment. ALL tenants to be kicked out by 23 May 2021. She's scared of temporary housing. I get that. But why the mass evictions by Brent? So, I dig. I like digging.

Find this, back in 2016. Shepherds Bush Housing Association & Brent Council proudly proclaim Prospect House converted to social housing paid for with lotsa cash from the Councils Empty Property Grants LINK   Leader and Mayor are there. It's FAB they say. 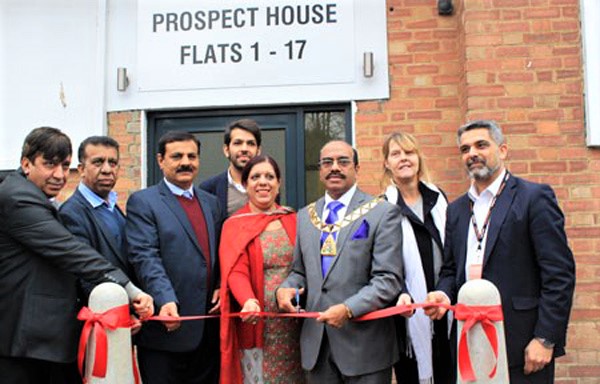 Apparently, office block owner Ashok Kumar Vohra contacted Brent. (This is all public domain stuff, btw.) He runs Sonal Trading who seem to refurbish ink cartridges. (!).  LINK. Seems to dabble in property development on the side.

Anyhow, perhaps this is all spiffy. But perhaps not: yes, this is Socialist Worker, talking about HEY, Prospect House!  LINK

All seems not well, despite the vast amount presumably spent on converting the offices to housing.

Now, we then look back at Sonal Trading & find it is a teeny company making not a lot of money, but yet had significant ownership by a Dubai based washing machine sales company from at least 2012. I do love Companies House.

In June 2020, the washing machine sales company seem to relinquish their holding and a new chap takes over 75 percent. Jagan Nath, who also seems to be Dubai based.This may all be irrelevant, but it's damn interesting if you've a mind like mine.

So, what happens next. By 2020, of course, the owners have had substantial rents. Let's say, oh, four years at £300 a week for 17 flats. Over a million? That empty property grant is, by the way, supposed to mean commitment of FIVE years social renting. Remember, December 2016.

The plot thickens. Still with me? Five years from Dec 2016 would be December 2021, yet the tenants are being evicted in MAY 2021. Hm. My suspicious evil mind kicks in again. Might there be a planning application.....?

Well, whoopie doo. Guess what happens in FEBRUARY 2017. Yup, three months after the presumed start of that FIVE YEAR commitment! This:

A planning application to add 4 storeys & redevelop Prospect House into 28 flats! It gets approved Oct 2018, DESPITE multiple breaches of policy. Yup, you guessed it: minimal affordable and minimal family accommodation. This is Brent, isn't it. Bear with me, I'm still going.

The officers report at para 15 makes cursory mention of the tenant decant costs, the cost of breaking five year lease & "repaying grants". That's the excuse used to justify not sticking with policy on affordable & family units.

There's also a throwaway about SBHA using units for "homeless" people. Yet, the existing tenants are being evicted, so will be homeless. Hm. The CIL amount is pretty low: £750K .

Oh and that CIL amount is BEFORE any reliefs for affordable units. The planning application was made by a company called Planning Co-operative in Ealing. Run by the former Brent head of New Investment & Policy & Projects.

Anyhow. The original conversion from offices to flats would now probably not get consent. I do know of other applications for the empty property grant related to offices which got bounced, too. Oddly, I can't find the original planning application.

So. We've tenants evicted from what seems to have become an unpleasant block rather fast. By a housing association. I can't find decant plans either.

We've a tiny company who had significant grants from Brent to convert offices to housing & lots of rental income. How much was the grant? Has it been paid back?

Why is Brent being so coy about commenting on Prospect House? How much due diligence was done? Why was there a redevelopment planning application almost as soon as the place was occupied? When did the pre application discussions happen?

Found the address, the place changed name & postcode. NW10 7SH. A chequered history: tried to convert to a college, then hotel. But the original successful application from offices to housing isn't there, so no financial details like CIL.

Now, there may be good reasons and explanations for evictions. I'd love to hear them. Transparency=good governance. The more I dig this, more convoluted it gets. I've my opinions on how planning is now manipulated.

This is a very interesting piece of investigation, Alison. Thank you for bringing it to public attention.

Is there any further information that you could get from Brent Council under FoI, to help fill in any gaps in the story?

As evidenced by several cases that I have written "guest blogs" about in recent years, I am also concerned about how the planning system in Brent has been operating.

There are also other things which happen behind the scenes at Brent Council which do not reflect the openness and accountability which the organisation is meant to adhere to (or the best interests of the borough's citizens).

If things are going to change for the better, more people like you need to speak up, and demand answers, so that Brent Council (both members and officers) are held to account for their actions.

Looking at the Prospect House planning application, it appears that the extra four floors and 28 flats will be ON TOP OF (not replacing) the 17 flats already on the first and second floors of the building, above the offices on the ground floor.

Although the application was submitted in 2017, and approved by Planning Committee in October 2018, the formal consent letter was not issued until August 2019.

As you say, there were numerous points where the application fell short of Brent or London planning requirements, but each one was considered by Planning Officers to be "acceptable". How often is that the case!

The four (out of 28) family size units, will only be 3 bed / 5 person, and fall short of the required floor space, although they just exceed the minimum requirement for bedroom size. While 'disappointing', Planning Officers thought it would be unreasonable 'to resist the application on those grounds',

When completed, the new building will be seven stories high, with the upper stories partly timber clad, 'to match the timber cladding on either side of the access ramps'!

The "informatives" included in Brent Council's planning consent letter thoughtfully include the following statement: 'The Council recommends that the maximum standards for fire safety are achieved within the
development.'

Are these the decent homes that Brent residents need and deserve?

Mny thanks for the compliment, Philip. Given your own excellent track record on digging, it's even more appreciated. :)

I;m thinking about a FoI. They'll orobably try to evade it, but it's worth a go. This does just all smell so much. Overseas owners, strange little companies and how on earth was it reasoneble to pay out a huge grant, then let the place fall into disrepair. I think SBHA has questions to answer on that.

I'd missed that it was 28 extra flats, rather than a substitution of the existing 17 - that makes the tiny CIL even more absurd. A house near me was extended substantially and the owner was charged £250K. This development is only attracting £750K for something far bigger.