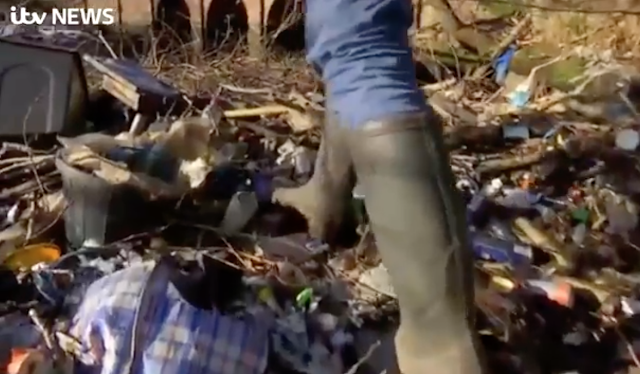 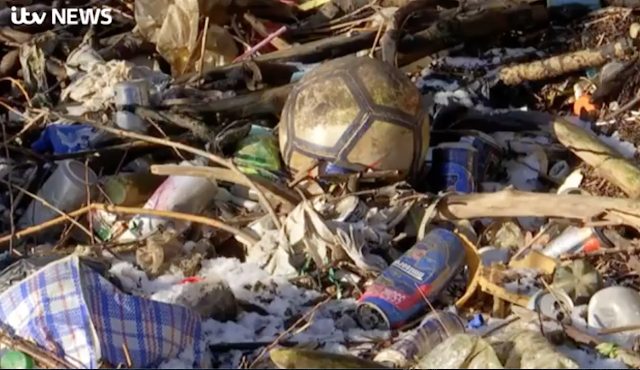 ITV London News yesterday reported on the 'plague of litter' at the Welsh Harp Reservoir after local residents had despaired at the huge amount of litter and dumping revealed when the reservoir depth was lowered by one metre for maintenance.

After the link to the report was widely distributed on social media many residents expressed shock at the state of the local beauty spot and Site of Special Scientific Interest and the threat the littering posed to animals and birds and their habitats.

We have been discussing the images that we have seen at Welsh Harp with Councillor Krupa Sheth as Lead Member.

As you may be aware, the Canal and Rivers Trust (CRT) have purposely reduced the water level by one metre for maintenance purposes. Inevitably (and sadly) this has revealed a significant amount of detritus at watermark level that has built up over many years and demonstrates how some people act so irresponsibly in relation to such a significant asset within an urban area.

The Council has well defined responsibilities for the greenspace in Welsh Harp and we take those responsibilities seriously. We will add more bins, improve signage, ensure Veolia prioritise litter removal so our area is kept better and commit to supporting any longer term proposals for the whole site. Our remit does not stretch to the reservoir itself which is a CRT responsibility and one that the Environment Agency would also have some responsibility for as a water course.

Officers are therefore discussing with CRT and the EA their proposals to clean up the reservoir. We understand there are immediate plans to clear the more accessible rubbish from traps at either end of the reservoir, and that local volunteers assisted with a clean-up last weekend. Removing the more problematic detritus in the silted areas will be a longer term consideration given the likely cost and the operational difficulties.

You are correct that this goes beyond what volunteers could and should undertake. The silt is very dangerous and the clean-up will need to be undertaken professionally.

When CRT / EA have responded as to how they intend to approach this problem, I will liaise with Councillor Sheth and contact you again in order to update you.

Cllr Anton Georgiou, reminds me of the recently elected president of America Joe Biden, because his words often reflect compassion.
However, kind words from Cllr Georgiou won't make any difference in Brent
because the people that that are responsible for the poor state of the Welsh Harp Reservoir, don't care.

In addition to that, Cllr Sheth doesn't inspire much confidence because she merely responds to complaints ( arguably) only when it draws the attention of ITN news reporters; other than that, in my experience she doesn't seem to take her responsibility as lead member for the environment seriously.
For example, I notified her about a similar litter problem within the vicinity of Chalk hill estate and her respond was anything other than enthusiastic and all she did was overwhelm me with words about the way that Brent council operates, rather than having (if you like) a roll up her sleeves and get on with it approach.

She's always willing to be filmed or photographed saying what local resident should and shouldn't do
but other than that she doesn't seem do much and her appointment as lead member for the environment certainty hasn't made a noticeable and lasting difference from what I can see.
Brent's environment is obviously being neglected by irresponsible residents but the weak approach to tackling it on the part of Cllr Krupa Sheth
makes the situation worse in my view.
We need a tough, no nonsense approach across the board if we want to live among an environment that is clean.

In addition to that, the poor state of the Welsh Harp Reservoir is a reflection of British culture in terms of materialism, downright laziness and an irresponsible attitude on some of the people that live around that area.
They may not all dump litter there but the crap that was found there comes from the things that people buy from the shops, online, car boot sales etc.
They then dump them around the Welsh Harp Reservoir when they've served their purpose.

That pattern of behaviour and the subsequent negative effect it has upon the environment won't change until we start make it change by questioning our obsession with money and materialism
because go hand in hand.

The only Cllr I have confidence and faith in is Gaynor Lloyd
because in my experience, she responded to all complaints and in each case the outcome was successful even though sometimes it took a while but that wasn't due to Cllr Lloyd
but the people who I complained to her about.

Cllr Lloyd is the best among the current Labour cabinet and though Barn Hill ward isn't free from problems,
knowing that Cllr Lloyd is always there, ready to assist the people that approach her
is a blessing in my view.

Her fellow councillors would do well to follow her example because trust and confidence in our Cllrs is key
and without it we are weak and prone to ill-treatment from less kind and considerate people in positions of authority such as the ones that are treating the residents in this article badly.

Smoking contributes to the litter problem in terms of pavements and roads being used throughout the borough as make shift ashtrays and dustbins for empty cigarette packets.
At what point does one wake up to the horrible reality of knowing that the people you elect betray you and leave you open to exploitation from conscience dead, greed blinded people who are happy to feed you on a daily diet of nicotine loaded cigarettes at a high cost which will cost cost you your health and life in the end?

Even hospital carparks in from Ealing Road to Northwick Park serve as places for people with health problems to ruin it all the more by smoking.

What is more, the very ones that are now taking the lead by telling us to "stay homes, protect the NHS and save lives" are the successors of the ones that agreed to cigarettes being advertised on TV and just about everywhere in order to achieve the cruel and heartless objective of enticing as many of us as possible into nicotine addicts.

In their warped minds, it is fine for Brent residents to smoke themselves to death, put the health and lives of non smokers at risk by 2nd hand smoke
outside Asda in Wembley Park to the Lidl store on Bridge Road ( it has a bin outside the entrance that also serves as an ashtray)
because it brings in vast amounts of money into the treasury.

Don't get me wrong, I'm not against wearing masks in Asda and Lidl, after all, I don't want to catch covid19 while I'm buying my daily bread.

However, when the superstore that reminds me to wear my mask, sells vast amounts of cigarettes and vaping kits, how am I supposed to view that?

I'll tell how I view it: it's bloody outrageous and reeks of greed, hypocrisy, double standards, a betrayal and downright stupid because smoking ruins the health of smokers and non smokers and without customers
how can a superstore thrive?

Even their own staff are caught in this wicked vice and can be seen puffing away in the carpark or in some empty shop entrance and it looks bad and it is.
I'm sure that I'm not the only one that has seen that huge yellow vaping advert on the billboard above the row of shops
on Wembley Hill Road adjacent to the Kingdom Hall of Jehovah's Witnesses.

Just think about that, on one hand you have people with strong faith and good intentions who prior to the lock down would go there to worship our heavenly father
and on the literal other side you have an advert made by greed driven people that are happy to entice us into taking up their unnatural, health damaging
habits.
The aforementioned advert even has words that signify sexual activity and yet Brent council allowed it to be placed in a prominent position for the benefit of the business behind it
with no regard for the well being of local residents.
Call this a rant or whatever you like, I stand firm and say that we need to wake up and see what we are doing and allowing to be done to each other and the environment.

If we don't care about what we do to each other then sooner or later the environment will suffer and that is happening right now.
We have created this horrible situation and we are responsible for changing it because it won't go away of its own accord.
We have to start truly " Loving where we live" by changing the inhumane culture of hurting each other to survive.
This culture plays a major part in air pollution, poor health and a damaged environment because the things that people create such as cigarettes, diesel fuel, fat and sugar laden fast food, and endless amounts of mass produced rubbish that are made to coincide with just about every manmade tradition
that is sold for profit and discarded.