Police appeal for information and witnesses after fatal Neasden stabbing 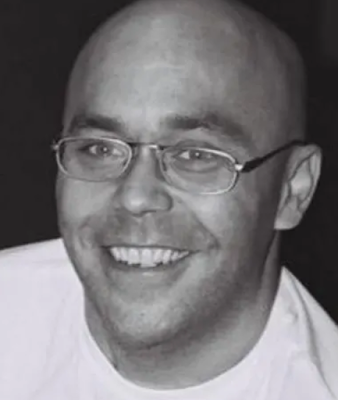 The victim has been identified as 48-year-old Leon Street of Neasden Road North. He lived near to the murder scene with his fiancée. Mr Street was a father and step-grandfather and he worked as a delivery driver.

Police were called to Neasden Lane North, NW10 shortly after 21.30hrs on Monday, 11 January to reports of a man stabbed near the junction with Hazelwood Court.

Officers attended along with paramedics from London Ambulance Service (LAS) and London’s Air Ambulance and found Mr Street suffering stab injuries. Despite the efforts of emergency services, he died at the scene.

Sadly, we have had a murder in Brent and two stabbings nearby. They were in Neasden, near to Dollis Hill Ward. Please pass on this information to your contacts. Local officers have increased patrols in the area, which will continue.
Just after 21:30 on Monday 11 January, Leon Street, a delivery driver aged 48 was stabbed in the chest and died outside the shops on Neasden Lane North near the junction with Hazelwood Court. The location is a short distance north of the Neasden junction on the A406, North Circular Road. Mr Street was a delivery driver who lived nearby, also in Neasden Lane North.
Ten minutes earlier, near the bus stop on Neasden Lane North close to Press Road, a man aged 47 was stabbed by a lone male who ran away. The victim has now been discharged from hospital.
At 09:50 on Sunday 17 January a man believed to be in his thirties was stabbed near the location of Monday’s fatal stabbing. He was taken to hospital.
The links to the police press releases are below. The first one includes a photo of Leon Street.
https://news.met.police.uk/.../further-appeal-as-neasden...
https://news.met.police.uk/news/stabbing-in-neasden-419091
Police believe the two attacks on Monday were committed by the same lone male. They believe that the suspect lives locally. Police are appealing for information if anyone:
Anyone with information about the murder and stabbing on Monday evening should call police on 101 or Tweet @MetCC quoting 6783/11Jan.
Anyone with information about the stabbing on Sunday morning should call police on 101 or Tweet @MetCC quoting 1943/17Jan.
To remain anonymous, anyone can call Crimestoppers on 0800 555 111 or visit crimestoppers_uk.org
Posted by Martin Francis at 08:50:00

What is Brent coming to when a innocent man is stabbed to death on the street?
So sad.