Autumn events from Brent Libraries – including some important history!

I’ve heard from my friends at Brent Culture Service (that’s Libraries, Arts & Heritage) about their autumn programme. There is a whole range of events, both online and “live”, that will appeal to people of all ages, from activities to talks, theatre, music and film, and most of them are free! You can check out the details here, but there are a couple which are particularly interesting to me. 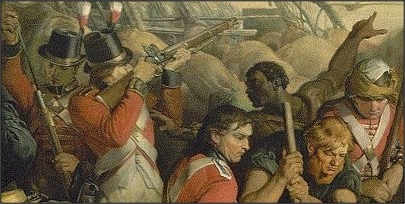 A black British sailor at the Battle of Trafalgar, 1805.

You may think that Black History Month is nothing to do with you, or that it’s just for “black” people to learn about “their own” history. If so, I hope you will change your mind. In history at secondary school in the 1960s, it was never mentioned that the sailors involved in famous battles won by the British navy were not all white. Over the past decade, since retiring, I’ve discovered some amazing stories of the part played by people of colour in “British” history, and there is still more that I can learn. That’s why I’ve signed up for these two online talks. 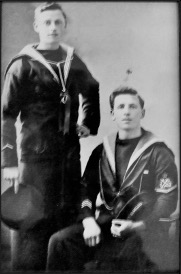 Arthur and Frederick in their navy uniforms, 1918.

I have an interest in naval history, partly because my grandad and his brother Fred were both in the Royal Navy during the First World War. The free online talk, “Uncovering the History of Black British Mariners”, on Tuesday 19 October at 6.30pm, is one I’m looking forward to. I never realised that some of their shipmates may have been “Black British Mariners”, but the faces below make that a possibility. 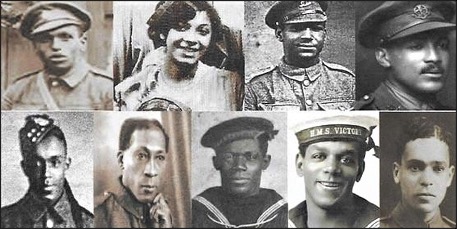 Some faces from the “Black Poppies” talk.

The First World War is still producing some stories we didn’t learn at school, even over 100 years since it ended. I’m sure that “Black Poppies – Britain’s Black Community and the Great War”, another free online talk, on Armistice Day, Thursday 11 November at 6.30pm, will add some fascinating details to that list.

Although I don’t know who most of the people shown in the image above are, I do recognise the face of Sergeant William Robinson Clarke (bottom right). He got his pilot’s licence and “wings” in the Royal Flying Corps (soon to become the RAF) in 1917, and I found out about him some years ago at a Wembley History Society talk, “Pilots of the Caribbean”, and an RAF Museum exhibition of the same name. 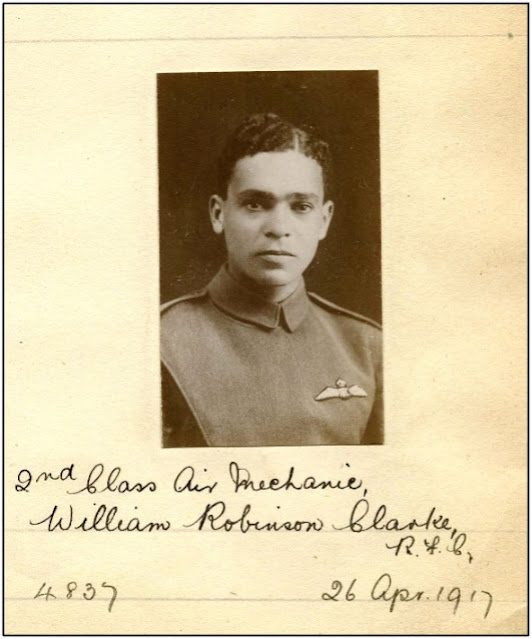 Our WHS talk was by Mark Johnson, and I’m surprised that Brent Libraries don’t seem to have a copy of his book, “Caribbean Volunteers at War” – I hope they get one soon! As well as this WW1 pilot, there were around 500 “Pilots of the Caribbean” who flew in the RAF during the Second World War. One of them has a Wembley connection, because it was here, in 1948, that he won Jamaica’s first Olympic Games gold medal! You can read his story here.

Another First World War hero, with a Wembley connection, who I first came across while researching for the British Empire Exhibition’s 90th anniversary, was a Nigerian. You can read about Sergeant-Major Belo Akure’s bravery here.

I hope I’ve whetted your appetite for some of the events that Brent Culture Service have organised for all of us to enjoy this autumn. Please take a look at the programme, to see which ones you and your family fancy, and sign up for the ones that interest you!