Towards a more democratic Brent Council in 2022? 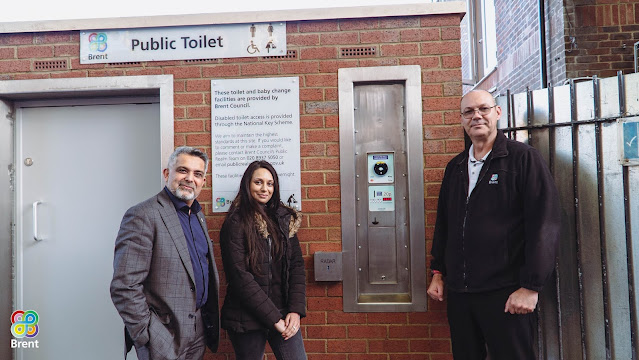 Philip Grant, a regular contributor to Wembley Matters, responded to a comment on the recent article on Council estate parking LINK. The commenter wondered if Brent Labour councillors really wished to lose their seats or were advised by officers who wanted a new administration LINK.

Philip's reply is his personal view and publication does not indicate endorsement by Wembley Matters or Brent Green Party (of which, incidentally, I am no longer the Coordinator) but merits publication in its own right.


I can understand some (but certainly not agree with all) of what Anonymous (18 October at 20:18) has said, but I don’t think that unpopular policies, such as the one being “consulted” on here, are going to cause Labour councillors to lose their seats in next May’s local elections.

I’ll explain why, and what I think will be needed to change the imbalance of power at the Civic Centre. But I do so as a political independent, and not as a member or direct supporter of any party.

I’m not in a position to change anything myself, but I can ask you to think about what I’ve written below, please, and to see if it makes any sense to you.

The Labour Party in Brent, and Cllr. Butt because of the strong hold he appears to have over it, have built up a large majority of seats on the Council over the previous two elections (2014 and 2018). They will be difficult to displace, and it will need a big effort from ALL those opposed to them, even to gain enough seats to form a strong opposition, let alone to win a majority.

The idea that Officers may be trying ‘to get a new Administration’ is at best wishful thinking. They are, “of course”, politically neutral, and will not attempt to change the status quo.

Because Cllr. Butt has been Chair of the Senior Staff Appointments Sub-Committee for most of the past ten years, he has picked the top Officers who suit him. Even if they are not his supporters, they will do nothing to oppose him – especially as they usually get the policies they propose agreed by the Leader and his Cabinet!

As I’ve said in other comments recently, the Council’s own publicity material only puts out positive stories. These often include quotes from, and photos of, the Leader and his closest Cabinet colleagues. This gives the impression that all is well in Brent, and that this is a result of the efforts of Cllrs. Butt, Tatler, Krupa Sheth, Southwood etc. It also gives an unfair advantage to those currently in power, who just happen to be Labour councillors.

It is only the efforts of blog sites such as “Wembley Matters”, “Life in Kilburn” LINK  and others, and some reports in the “Kilburn Times” etc., that give a more realistic view of what is going on in our borough. But what proportion of Brent’s voters are regular readers of these sources?

What can those who feel that change is needed at Brent Council do about it, particularly during the next six months running up to nominations for the May 2022 Council elections?

Labour candidates received more than 50% of the total votes cast at the 2018 local elections, but that was on a turnout of only (if I remember correctly) about 37% of those who could have voted. Some of those who turned out to vote Labour may change their minds in 2022, but any swing back towards a more balanced Council will need a higher turnout of people voting for other candidates.

There are some very good Labour councillors, so residents can cast one of their votes for a serving councillor who has represented them, and their Ward, well. But they could also use one (or two, if it is a Ward with three seats) votes for a candidate from another group, whose policies or personality make them appear a good choice.

As voting is on a “first past the post” system, the best chance of displacing Labour candidates you don’t wish to see elected will be through sensible voting.

I believe it would make sense for “opposition” parties to work together, if they wish to get councillors who are not “Labour” elected. This could be by openly not standing in particular Wards, and recommending that their supporters use their votes for the potentially strongest “opposition” candidates in that Ward.

Or it could be through an understanding between them, that they will just put one candidate forward (say, in a 3 seat Ward, one each from Conservative, Liberal Democrat and Green). They would all encourage their supporters to vote for those “opposition” candidates, and promise that ALL of the councillors elected for those parties would work together co-operatively for the next four years. This would either be in government, if enough are elected, or to provide a strong opposition to hold the Labour majority to account.

It need not be just formal political parties involved in such arrangements. If there is a strong residents’ group in a particular area, willing to put forward one or more candidates (such as Keep Willesden Green in 2014), they could also be part of the “opposition”.

If this sort of approach is to have any chance of success, the parties (or groups) need to start working together very soon, and agree their strategy. They also need to publicise what they are doing, and why they are doing it, as widely as possible. Social media will need to be a big part of this, because the word can be spread and spread again, to reach as many potential voters as possible.

Brent Labour has a big “war chest” of money for leaflets and publicity in the run up to May 2022 (funded mainly, if my information on this is still correct, out of the 10% of the Members Allowances which their councillors are expected to donate to the local Party – so as the allowances come out of out Council Tax, funded by us). No single “opposition” party, or even all of them together, is likely to be able to match their printed efforts.

If I’m an independent, why am I writing all this?

Because I’m a citizen of Brent who believes that the almost “one party state” in our borough, which we’ve seen emerge over the past few years, it is unhealthy for our democracy. Too much power is in the hands of too few people (albeit people elected through our democratic system).

We need more people to vote, and a broader range of representatives, who are able to question and scrutinise those making the decisions which affect our lives far better than seems possible at the moment. That’s my view – please feel free to add your own!

brent Council are beyond belief

I think most people would agree that Brent Council could be better.(My entry for understatement of the year?)

The question is, what can we do to bring about improvements?

I don't have all the answers, but hope that my comment/article above will provoke discussion, followed by action.


pe my comment/article above will provoke discussion, followed by action.

We doubt it Philip

The short-term-gain pomp and vanity displayed by Brent Council's reckless demolition/densification/over-development is self evident.