UPDATE: VEOLIA APOLOGISES Veolia's cheek at claiming credit for an award to a conservation garden they don't maintain 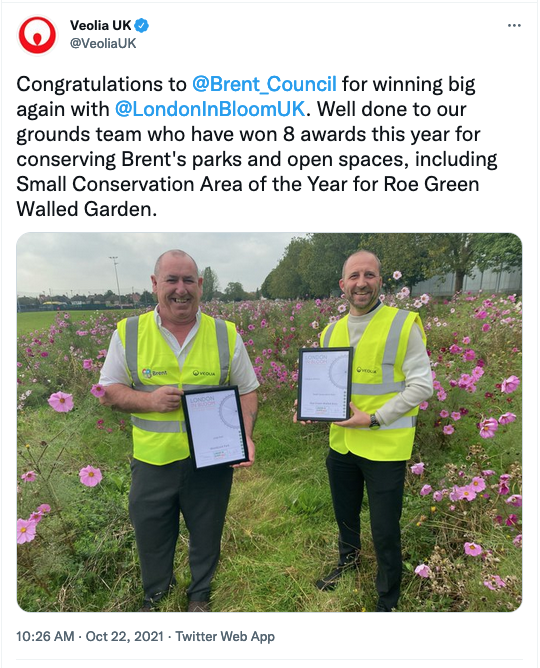 The long establised Barn Hill Conservation Group were put out when they saw a tweet from Veolia congratulating themselves and Brent Council for a London in Bloom Gold Winners award to Roe Green Walled Garden in Kingsbury for the best Small Conservation Area.

In fact the Garden is wholly maintained by the volunteers who work there on Tuesdays, Thursdays and Saturday - Veolia has no involvement.

A volunteer commented that there are two questions:

Why did London in Bloom send the certificate ( on the right  in photograph above) to Veolia rather than to Barn Hill Conservation Group?

Why did Veolia not only accept a certificate for something to which they were not entitled  but then publicise it?

The Conservation Group do an amazing job in the garden, as the photographsbelow shows, and have been doing so for far longer than Veolia has managed the parks contract. 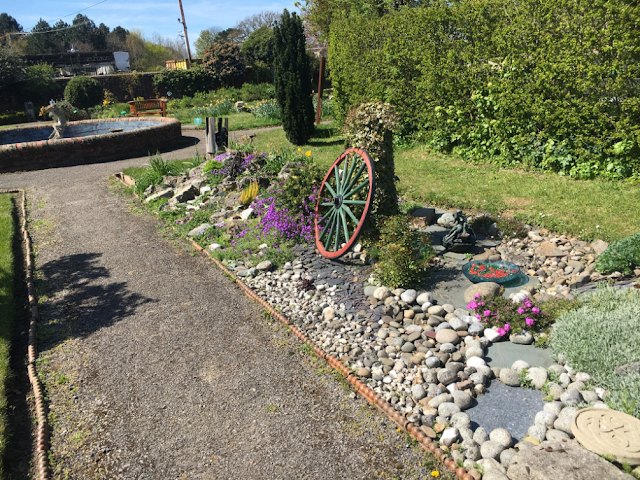 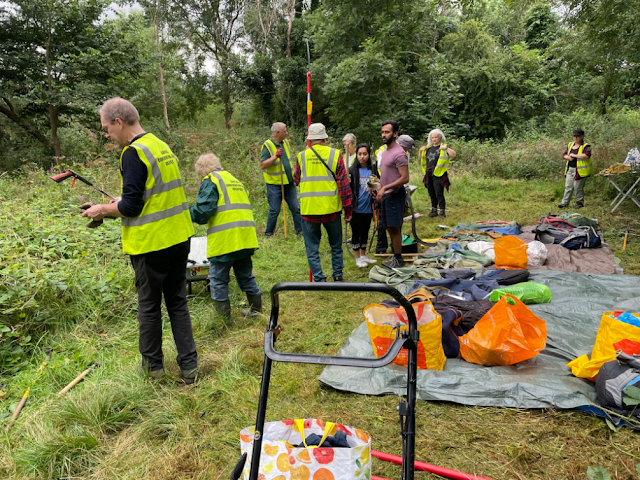 I hope Veolia have the grace to tweet an apology.

Shortly after this story was published Veolia apologised. Thank you. 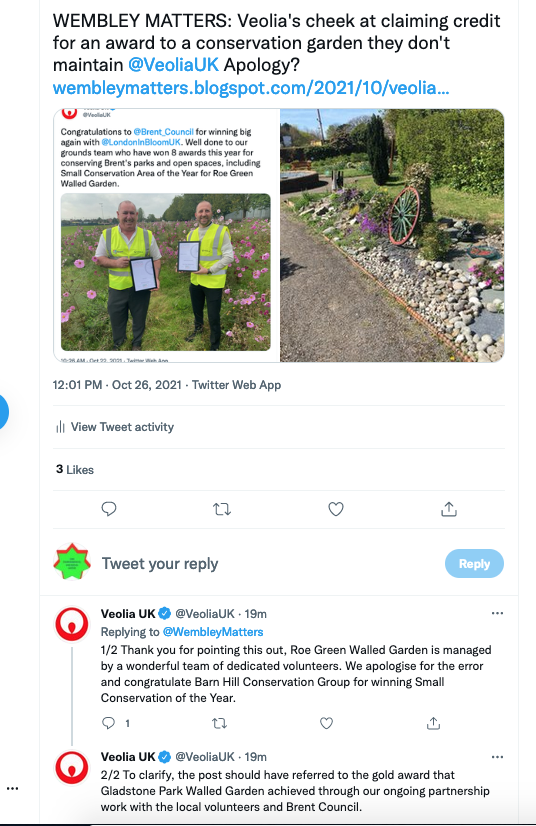