Cressida Dick: Response on Nicole and Bibaa was 'below standard' and 'compounded the distress' of family and friends 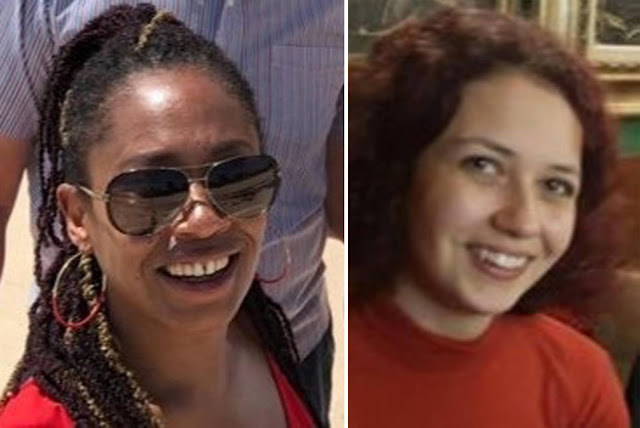 The Metropolitan Police Service will apologise to the family of Nicole Smallman and Bibaa Henry for the way we responded when the sisters were reported missing.

We agree with the findings of a report by the Independent Office for Police Conduct that found the level of service provided over the weekend when they went missing in June 2020 was below the standard that it should have been.

No misconduct was found for an officer and two members of police staff but there will be action taken over their performance, which was found to be inadequate. There was no suggestion racial bias played any part in how the missing persons reports were dealt with.

My thoughts and deepest sympathies are with the family and friends of Nicole and Bibaa for their tragic losses.

The way we responded to information that Nicole and Bibaa were missing that weekend was below the standard we should have achieved and compounded the distress felt by their loved ones.

While we know that very sadly Nicola and Bibaa had been murdered in the early hours of Saturday, 6 June 2020, before they were reported missing, if we had responded better we may have saved their friends and family immeasurable pain.

I am very sorry that the level of service we provided fell short. We have contacted the family to ask if they will allow me or, if they prefer, another senior officer to visit them at a time that is right to apologise in person.

The MPS made a mandatory referral to the IOPC around how we responded when the sisters were reported missing. The IOPC then launched an independent investigation.

As a result of the findings an inspector, from the North West Command, and a member of police staff, a communications supervisor attached to Met Command and Control at Lambeth, must undertake ‘unsatisfactory performance procedures’. They will both attend formal meetings to discuss their performance and appropriate action going forward.

A second member of police staff, a call handler based at Met Command and Control at Hendon, will receive ‘management action’. This means they will have a performance discussion with their line manager around what they can learn from this matter and how they can improve.

Following calls on the evening of 6 June to report the sisters missing, a police log was created and a missing persons investigation opened for Nicole, and then the following day for Bibaa.

The IOPC investigation found that the inspector closed the police logs after receiving information about the sisters’ possible whereabouts from a family member. This information suggested she was not overly concerned about them and would call back in the morning if needed. The inspector believed the information provided was a justifiable explanation for the sisters’ disappearance.

However, this information had been inaccurately recorded on the police log by the communications supervisor.

The closure of the police logs did not close the missing persons report at that time created for Nicole, but did prevent the deployment of officers to Nicole’s home. The inspector subsequently did not properly progress missing persons enquiries for Nicola or Bibaa.

The inspector told the investigation that this had been one of the most challenging shifts of his career with 16 missing persons reports open and the North West Command Unit under capacity by almost 50 per cent during the Covid pandemic.

A call handler, also a member of police staff, based at Met Command and Control at Hendon, will receive ‘management action’ for the conversation they had and their “dismissive” response when a friend of one of the sisters called police. This means they will have a performance discussion with their line manager around the learning from this matter.

The IOPC investigation considered whether the police response was affected by the sisters’ ethnicity. After a comprehensive examination of police records, no evidence was found of stereotyping or biased assumptions based on the sisters’ race or where they lived.

The IOPC also recommended we review the processes and separate computer systems used by different call handlers, and consider whether further training should be provided to ensure all fully understand how systems operate that they might not use as frequently.

We have already addressed this recommendation by producing an enhanced training information pack for all call operators.

We understand the IOPC are considering further recommendations; these considerations are ongoing.

In an interview with Channel 4 News, Mina Smallman, the victims' mother rejected the statement and said said that she fel there was still a racist element in how the case was managed. See LINK