Children are left without cycling lessons and instructors without a job as Bikeability funding cut - do they know there's a climate and obesity crisis? 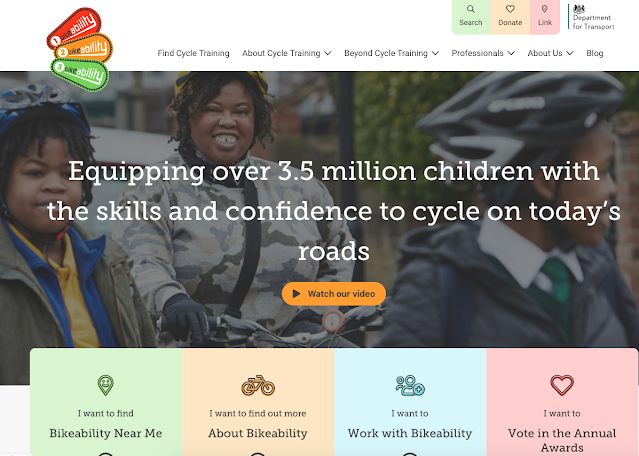 Cycling instructors in Brent are without a job, and children wanting to learn to ride a bike safely are without instruction, following reduced and intermittent funding from Transport for London for the Bikeability scheme.

Brent Council has asked the administrators to postpone the bulk of the training that was to take place in November and December until the New Year when the sums available will become clearer.

One of the Brent instructors has writtent to Brent councillors to ask them to consider topping up the cycling funding to allow the scheme to continue:

I’m writing as a Brent cycling instructor to ask for your support in addressing the fact that funding for cycle training in Brent has been drastically slashed.

Bikeability funding has been put on hold beyond November 2021. The last payment to boroughs was half the planned amount. This means that schools will not be able to plan or book courses for the Spring term. The consequence of this is that no courses can be booked for 2022.

The extent of the cut means that courses that had already been booked with school children and adults have subsequently been cancelled with no prospect of rescheduling. This affects school courses, adult group courses and one-to-one sessions. Also, the instructors are out of work with zero compensation.

Considering there are approximately 100 schools in Brent, plus many more adults are now wanting training post pandemic, the financial figures allocated have effectively killed cycle training in Brent.

According to the National Child Measurement Programme, Brent has among the worst childhood obesity rates in England.

Brent has some of the worst pollution levels in the country. (Link to news report)

Brent Council has declared a climate emergency, with added attention through the COP26 conference. Cycling is recognised for helping with overcoming depression, anxiety, obesity levels and enhancing general wellbeing, independence and empowerment.

Having lived and worked in Brent all my life, I personally have seen firsthand what cycling can achieve. Through my instructing work, I’ve seen the delight on a child’s face in that first moment they learn to ride a bike. An adult empowered to cycle on the road and be less dependent on driving.

Brent Council have done very well to train many people in Brent in recent years. Last year alone 2,942 children and 553 adults received free cycle training in Brent. All this will be sadly lost if this funding situation is not addressed.

Other boroughs including Haringey when hearing funding had been cut added money to the cycling fund I’m hoping Brent might consider this.

Tiverton Green NW10 has a new state of the art cycle training circuit (open 8am till dusk).

While professional cycle training for kids can be seen happening in open 24/7 South Kilburn Public Open Space/ Malvern Road (which is closed off and traffic calmed, even if parts of the actual park cycle routes here are for developers kept fragmented and lovingly neglected).

I would be interested to have the answers to the following questions in order to justify why this funding has been withdrawn.

1) How many have taken up cycling to school as a result of Bikeability Training.

2) How many children currently cycle to school, either with the parents if primary age, or High School Students?

3) How many High School pupils currently own a Bike in good working order?

As a person who lives in Wembley Central for many years I can't say that I have witnessed any!

I am sure it depends on the locality of the school with generally shorter trips for primary school pupils being more conducive to cycling. The Harrow Road, Neasden Lane/Blackbird Hill routes are daunting for high school children. I used to cycle to work at Park Lane Primary from Harlesden but did have the back route behind Copland School playing fields available.